Fear is the Worst Reason

“Do one thing every day that scares you.” ― Eleanor Roosevelt

There are many things that I am afraid of. The list grows daily, or sometimes it’s just that I discover a new fear that was already there. When I was little, my cousin affectionately called me a “fraidy cat,” because I was in fact scared of almost everything. I’ve spent my life trying to overcome my fears and trying to be brave. I’m not sure if I’ve gotten rid of any of my fears, but I know I’ve overcome at least a few. I can kill spiders now, and I think that’s progress (I’m still scared of them though).

The thing that I’ve hated most about having fear is when it holds me back from something I want to do. I hate feeling regret when I know I didn’t do something just because I was afraid. So, I decided long ago that fear wouldn’t be a reason I didn’t do something (not a decision I always stick to, but I try). But it’s not so easy to just overcome something that gives you a queasy feeling in your stomach. It helps to understand it first. 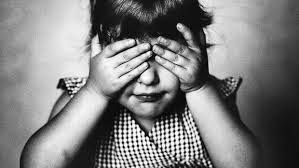 John Kehoe believes that fears are not everyday concerns, but instead, “It is obsessive and dominates us in a way that is not rational.” If you had to make a list of everything you were afraid of, I don’t think it would be short, especially if you were specific. But everyone is only born with two natural fears: loud noises and heights. That’s it. That means every other fear you have, you acquired throughout your life. And if you aren’t afraid of loud noises or heights, it’s because you overcame those fears, just like you can overcome the ones you acquired. Karl Albrecht, Ph.D says that whenever we have an instant reaction to a situation, it’s because we are reacting to the memory of a fear.

Albrecht explains that every fear we have can be categorized into five basic fears (click here for a more in depth explanation):

Interestingly enough, I found that these closely correlate to Maslow’s Hierarchy of Needs: “basic or deficiency needs (e.g. physiological, safety, love, and esteem) and growth needs (self-actualization).” It makes sense to fear losing the things we need to survive, or even to have a fulfilling life. 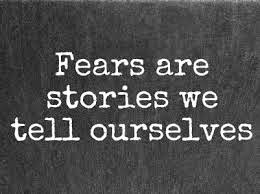 Albrecht defines fear as, “An anxious feeling, caused by our anticipation of some imagined event or experience.” In Kehoe’s article, “Understanding Fear,” he further explains that fear is when we think of things that we don’t want to happen. He says the problem with thinking in this negative way is that if we continually focus on our fear, it will take root in our conscious, which can then imprint into our subconscious, and eventually we’ll begin to attract these situations that we fear.

The mind is so powerful that if we put too much time and attention onto a thought or belief, it can become a reality. Kehoe says putting too much focus on your  “fear of ______ (you fill in the blank) is almost always setting in motion the exact events we do not want.” And the reverse is also true. I overcame a lot of my fears by choosing to stop thinking so much about them and then focusing on the task I want to accomplish, just like Kehoe suggests. The more attention you give to fear, the more it will consume you. If you are capable of ending that attention and redirecting it to something positive that you are trying to accomplish, you’ll probably find more success in life.

Fear is so immobilizing and controlling that it’s hard to believe there are fears we can ever overcome. But Albrect believes, “the more clearly and calmly we can articulate the origins of the fear, the less our fears will frighten us and control us.” It takes time to define and understand them, and often times it requires a lot of searching, which in itself can be a terrifying journey to begin.

Whenever I think of fear, I can’t help but think of my parents. My dad has always told me, “I’m not afraid of anything,” and my mom has always appeared so fearless to me, which made me feel small and weak for being afraid of so much. Though my dad sticks to his words, my mom recently revealed that she’s scared of a lot too, but she just chooses to do the things she’s afraid of. Then they don’t become so scary anymore. They’ve taught me that fear is the worst reason to not do something. Don’t let it hold you back.

Sources:
Understanding Fear
The Only Five Fears We All Share
Maslow's Hierarchy of Needs
Posted by J. Iliana Serna
Email ThisBlogThis!Share to TwitterShare to FacebookShare to Pinterest