The Insecurities and Confidence Levels of Men and Women

"There is no such thing as perfect security, only varying levels of insecurity." - Salman Rushdie


When I was growing up, my uncles called me fat (I wasn’t fat – chubby at times maybe), and I'm very grateful they teased me, because I didn't have insecurities about my weight. They weren't mean or trying to put me down - they were just guys being guys who made fun of each other (and me) all the time. Though I didn't have insecurities about my weight, almost all of my friends who were girls did, including one who struggled with anorexia for years. Yet, I could look at my uncle who had a beer gut, and he thought he was beautiful and perfect.

Men just seem to be so much more confident than women, though both have their own sets of insecurities. Men can have an array of insecurities that they don’t like admitting to, but those insecurities still exist. Here is a list I’ve put together from different sources.

According to Dr. Nerdlove:


A few other articles elaborate on more body image and relationship issues that men secretly have, but this list pretty much sums up the main stuff. Though men have insecurities (like everyone does), they aren’t typically seen as insecure.

For women, the insecurity list looks a little different, but there are similarities. Andrea Madison writes for Ask Men, “8 Things Women are Insecure About.” She focuses on dating.

Cynthia Wilson with Womenio compiled a list of common insecurities for women according to what the internet pops out. The list above was included in her list, but she sums up all of a woman’s insecurities into three categories:


This is the more elaborate list she made in order of what came up the most in search results (the last two did not show up at all): sexuality, weight, age, hair color, eye color, height, breast size, money, career, creative life, intellectual life.

So, each sex has their own set of issues to deal with, though each insecurity may weigh differently for each person. The most interesting article I came across was “The Confidence Gap” by Katty Kay and Claire Shipman, in which they extensively illustrated that men are more confident than women and they attempted to explain why. Their focus was on career success.

Kay and Shipman pointed out that women have achieved so much now than in past years, yet men still earn more than women and hold almost all of the top jobs. Kay and Shipman think it has everything to do with confidence. After speaking to countless successful women, they discovered that nearly all of them were filled with self-doubt, thinking they were undeserving of their positions and that someone else could do it better. Men don’t share this mentality. 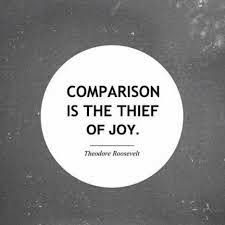 Psychologists David Dunning and Joyce Ehrlinger performed a study to learn more about “the relationship between female confidence and competence.” They gave students a quiz on scientific reasoning and asked both men and women how well they thought they did – “the women thought they got 5.8 out of 10 questions right; men, 7.1." The real results - "women got 7.5 out of 10 right and men 7.9.” Before they gave the quiz results back, they asked the students to participate in a science competition, but “only 49% of [women] signed up for the competition, compared with 71% of the men.” Because the women thought they did worse, they were less inclined to take future opportunities available to them.

Why do men take initiative more? Are they just better qualified? Kay and Shipman would say no, “Underqualified and underprepared men don’t think twice about leaning in. Overqualified and overprepared, too many women still hold back. Women feel confident only when they are perfect. Or practically perfect.” Men do doubt themselves, but not nearly as much as women do, and much more often, men are naturally overconfident.

There is a list of confidence traits that men have that women do not. Women have the tendency to take blame when things go wrong, but give credit to others for their successes – men do the opposite. Dunning says it’s because men generally face life’s difficulties with external attribution (ex: responding to low grades by believing the class is tough). This is a healthy sign of resilience. But women generally respond with internal attribution (ex: responding to low grades by thinking she isn’t good enough), which can be very debilitating.

Okay, so it’s obvious men are more confident and women are more insecure and filled with self-doubt, but why the heck is that! Why do we have different characteristics that lead us to be more or less confident?

Kay and Shipman don’t have a definitive answer, but they do have a whole lot of theories. One of those is the differences in brain structure and chemistry (it should be noted that men and women brains are far more similar than they are different). In negative situations, women activate their amygdalae more than men, which could be why we hold on to things longer and have trouble brushing it off or letting it go. The anterior cingulate cortex, also known as the worrywart center, is bigger in women than in men, so we are more inclined to think things through and less likely to take risks.


Hormones also play a role in confidence. Estrogen supports “the part of the brain involved in social skills and observations, [and it] seems to encourage bonding and connection, while discouraging conflict and risk taking—tendencies that might well hinder confidence in some contexts.” Testosterone is “thought of as the hormone that encourages a focus on winning and demonstrating power.” Men have ten times more of it than women, and it affects speed, strength, muscle size, and competitive instinct. 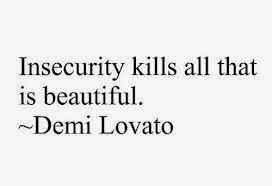 Aside from biology, environment also has a role in confidence. Stanford psychology professor Carol Dweck notes that elementary school girls “have longer attention spans, more-advanced verbal and fine-motor skills, and greater social adeptness” than their male counterparts. Dweck observed that in grade school classrooms, “boys got eight times more criticism than girls for their conduct,” but “many psychologists now believe that risk taking, failure, and perseverance are essential to confidence-building.” Dweck says, “Boys’ mistakes are attributed to a lack of effort, [while] girls come to see mistakes as a reflection of their deeper qualities.” It turns out that because boys are more often criticized when they are young (by adults and their peers), they learn to accept it better and brush it off, while girls spend their lives trying to be perfect, which won’t help them when they become adults.

Additionally, participation in sports has a huge outcome on your life. Kay and Shipman found that, “girls who play team sports are more likely to graduate from college, find a job, and be employed in male-dominated industries.” According to the Centers for Disease Control and Prevention, “girls are still six times as likely as boys to drop off sports teams, with the steepest decline in participation coming during adolescence.” There’s a direct correlation between playing sports in high school and earning a bigger salary as an adult, and boys are the ones who benefit from this the most because of their more active participation in sports. Yet girls lose confidence in high school, which leads to them quitting sports, which is the thing that can help them regain their confidence. It’s a terrible cycle.

Biology and society seem to be working against women’s confidence, but there has to be some hope for them, right? Zachary Estes, a research psychologist, conducted an experiment to learn more about the disparity in confidence between men and women. He had men and women solve a series of spatial puzzles, and found that the women did worse than the men, because they didn’t attempt to answer a lot of the questions. When he redid the experiment, he told the students they had to try to solve all of the puzzles. This time, the women’s scores matched the men’s. The conclusion: “natural result of low confidence is inaction… When women don’t act, when we hesitate because we aren’t sure, we hold ourselves back. But when we do act, even if it’s because we’re forced to, we perform just as well as men do.”

Estes discovered something more. He conducted a different test, and asked the students to answer every question. Both men and women got 80% of the answers right, so their abilities are the same. But then he tested them again and asked them to rate how confident they were for each answer. The result: “The women’s scores dipped to 75%, while the men’s jumped to 93%. One little nudge asking women how sure they are about something rattles their world, while the same gesture reminds men that they’re terrific.” The silver lining is that the next time he tested them, at random, he told several students they did very well on the last test, and those students scored drastically better on the next test. A direct confidence boost helped improve their abilities. 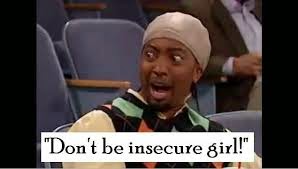 After reading The Confidence Gap in its entirety, I got a little mad, because I related to it far too much. I don’t apply to certain jobs, because even though I’m probably completely qualified, I think someone else could do it better. I believe I have to be perfect and meet all requirements and qualifications before doing something. I hate making mistakes, and when I do make them, I think it directly relates to who I am as a person. But apparently men don’t have these problems! What the heck? I now think it’s completely stupid if my own lack of confidence in myself holds me back from future opportunities. I have a lot of amazing qualities, and so do a lot of other women out there. Men are wonderful too, and we each come with our set of talents, but to all the women out there – don’t hold yourself back! You are brilliant, kind, amazing, skilled, and have great reasoning abilities. But really, sometimes you just have to stop thinking so much, and JUST ACT. No more doubting or thinking you’re undeserving. Stop listening to the most negative voice you hear, which is your own, and start believing in yourself more. Confidence requires action.

Though men are more confident than women, they both have their own set of insecurities. Insecurities are natural, but the worst thing you can do is dwell on them too much. Stay away from people and places that make you feel insecure. Surround yourself with people who build you up. As I mentioned earlier, I'm glad my uncles teased me a lot, because it helped me deal with criticism. But, I also had great parents who constantly built me up and encouraged me, and I needed both the teasing and positivity to free me from some insecurities and help build my confidence.

p.s. for tips on how to be more confident, check out last week’s blog Be Confident and Awesome