What People Need (It's Not Your Judgment)

"No one is useless in this world who lightens the burdens of another." - Charles Dickens 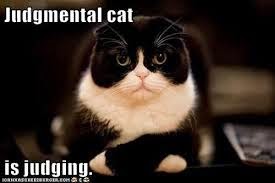 I used to be a very judgmental person, not saying that I’m not anymore, but I put in a lot of effort to be open-minded, encouraging, and understanding. Here’s a fact: everyone makes judgments. I once learned that you judge someone within the first thirty seconds of meeting them. Accepting that you are judgmental can help you be open-minded to changing that. Gregg Henriques, a Psychology professor at James Madison University, explains that being judgmental is when you are “being overly critical in an unhelpful way.”

A big eye opener for me was realizing how much my judgment was hurting my best friend. She’s been my best friend since we were in first grade, but because we were so close, I judged her more than anyone else in my life. Starting in high school, she began making choices that I thought were bad for her. It wasn’t until we got to college that I finally realized that we did not have the same values. What was wrong to me was not wrong to her. And that was okay.

What I regret the most was how awful I made her feel. At the time, I just wanted the best for her. I wanted her to make better decisions and not be so self-destructive. But I made her feel like she couldn’t come to me when she was struggling, and she didn’t like that I mostly focused on the worst qualities in her. Our friendship has grown a lot since then, and has definitely gotten more positive throughout the years.

Throughout my experiences, and listening to others, I've learned that there are things that are beneficial to people and things that are harmful. Here's what people need and what they don’t: 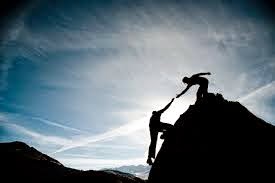 Henriques says there is a difference between being judgmental and making judgments:
“someone is being judgmental when their judgments are power-driven, unempathetic, based on their own idiosyncratic values or tastes, overly based on other people’s character, and are closed, shallow, and pessimistic, and ultimately have the consequence of making the other person feel problematically diminished.”

Even with good intentions, if you are imposing what you think someone should be doing, or how they should be living their life, you are most likely damaging that person. You are making them feel shameful, and devaluing who they are. Your morals and beliefs are not the same as someone else’s.

What I appreciate about my mom and our relationship is that she makes me feel like I can tell her anything. I’m never afraid of what she’ll think of me, because I already know she sees the best in me. She’s not blind to my faults, but she believes I’m an overall amazing person. And whenever I tell her anything that she doesn’t agree with it, she simply asks, “How did that make you feel?” If I felt fine with my decision, then she lets me know that she’s fine with it too. If I didn’t feel good about my decision, then she asks me what I want to do differently. She hardly ever says that I should do this or that. She trusts that I will make my own choices, whether they are good or bad, that I’ll learn from my mistakes, and she lets me know that she will be there for me no matter what.

The hardest thing to do is watch someone you care about go down a destructive path. That’s how I felt about my best friend. But you have to accept that you have no control over anyone’s life but your own. All you can do is be a helpful guidance, and just be there for support and encouragement when they need you. And all you can learn is when to shut your mouth and when to speak up. If someone does not ask for your opinion, they do not want it, and most of the time they won’t listen if you give it. But when they do ask, don’t hesitate to speak up.

I’m not saying that you should do or say nothing if someone you care about is struggling and making bad decisions. But definitely don’t make them feel bad for their life and their choices, because that will push them away further from you and possibly push them to continue on an unhealthy path. Other people’s perception of us affect how we see ourselves. If you only point out all the bad qualities in others, that’s all they will see in themselves. Carl Rogers argued that “people had a positive growth force that would be stunted from reaching its potential in the context of judgmental others.” When you focus on the worst qualities and decisions of other people, then you limit them to not growing past them. 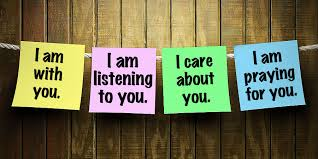 Instead, try following something similar to Disney’s Big Hero Six model. Tadashi Hamada is in college and sees his genius little brother, Hiro, wasting his talents. He wants better for his brother and is concerned that he’s not making the best choices. What I love about their relationship is that Tadashi does something so positive and healthy. He wants Hiro to go to college, so Tadashi takes his brother to his college. He shows him the nerd school, and Hiro is so impressed that he says he has to go there. So, Tadashi encouraged his little brother to go to college by showing him a better life, not by condemning him and making him feel bad.

It is not helpful to hear something negative, but it is incredibly helpful to hear something positive. What I mean is that if someone is making a mistake, they won’t learn if you tell them, “Stop doing that.” They’ll learn if you say, “Try this instead.” It’s like what a teacher once told me: “If you tell someone to not think of the number six, a big flashing six will appear in their mind. So, if you really don’t want them to think about the number six, then tell them to think about a squirrel.”

Henrique has some helpful advice about avoiding judgment. He says try to empathize. Understand that your values are not theirs. If you are in a position of power or authority, keep in mind the power and damage that can come from your words. Don’t attribute someone’s actions to who they are (ex. If someone doesn’t wash the dishes, don’t tell them they are inconsiderate, just say the action was inconsiderate). Be open to discovering new qualities about someone, and be mindful of their changes. Learn more about other people to dismiss your own conceptions of them. Avoid pessimistic judgments, and try to have more positive ones. In other words, try to look for the best in others. 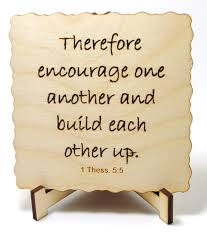 I appreciate my friends and parents so much, because they see and point out the best in me. Because they view me as a good person, I strive to be a good person. Seeing the worst in others can bring out their worst, but seeing their best can also bring out their best. That’s why I constantly choose to see the good in others, and to let them know the good that they have. People need to be reminded of their goodness constantly, because it is easy to forget. It’s so easy to focus on all of our own worst qualities. People need to built up.

And really, the best thing you can do for someone else is exemplified in the show Friends. There’s an episode when Phoebe feels judged by her friend Joey. Eventually, she tells him (I’m paraphrasing), “I don’t need you to make me feel bad, I need you to be my friend.” You have two choices with people, accept them if you want them in your life, or let them go if you can’t. Carl Rogers says, “there are no conditions of acceptance, no feeling of ‘I like you only if you are thus and so.’” If you truly care about someone else, then you need to listen, to try and understand, and to accept, because that’s what others need from you.

Sources:
On Making Judgments and Being Judgmental
Posted by J. Iliana Serna
Email ThisBlogThis!Share to TwitterShare to FacebookShare to Pinterest