We Connect Through Stories

“We're all stories, in the end.”
― Steven Moffat 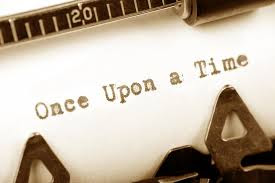 When I was nine years old, I wanted to be a professional story-teller when I grew up. I imagined myself going to preschools, libraries, and bookstores telling my dynamic and captivating stories to people of all ages. Everyone would be so entertained. Then I learned that oral story-telling isn’t actually a profession, at least not since the ancient days of Homer. But I was young and hopeful. If I couldn’t tell stories for a living, then I could write them. So, I started my first novel, which I finished eight years later when I was seventeen. Is it good? Of course not, it’s pretty awful, but it’s still very dear to me, and I plan on going back to it someday.

I have loved stories since I was a child. I loved when my mom made up a story about a leaf being scared for its life when her car was coming at it, so she swerved to miss it and hit a bush (true story). I love when my dad’s family gets together and all laugh talking about how they would they would tie up the second youngest of their brothers and put him in a rabbit cage (the youngest was a baby, so they couldn’t mess with him as much). I love that this story becomes more elaborate every time they tell it. All of a sudden, they were chasing him with a hose, because he wouldn’t take a shower. At another telling, he runs into the house, finds a bat, and hides behind the door to protect himself. As I got older, and have been growing as a more experienced writer, I’ve loved my own stories, too – the ones written and the ones that only exist in my memory.

In Bobette Buster’s little book, How to tell your story so the world listens, she explains, “Stories possess a spark, a power: to comfort, connect, destroy, transform - even to heal” (pg. 9). I think it’s interesting that the past hundred years have been about “new” – new innovations, new technology, new ways of thinking, new roles for men and women. Yet, stories are the oldest things we possess. Our continued interest in listening to stories and desire to tell them is something still central to our existence than any “new” discovery of our time. It’s the way we connect to each other, learn, grow, heal, and what expresses our humanity more than anything else. 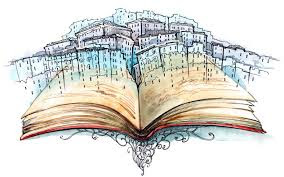 The story has many functions, and comes in many forms. It’s something told, something read, something painted, something watched. When we think of stories, though, the most common thing we think of are books. A friend and I started a book club last year, and because of school and work obligations, it’s often hard for our members to attend. So, I’ve been recruiting coworkers. But of course, I’m met with the most tragic phrase I know, “I don’t like to read.” Do they not have an imagination? I’m pretty sure there’s something wrong with anyone who doesn’t like to read, but then again, I’m a book lover. As Stephen King said in his book On Writing, “books are a uniquely portable magic.” If you don’t read, then you miss out on an opportunity to do magic.

On the flip side of reading a story is writing one. Writing is not for everyone, but everyone can do it. It’s the best and easiest way to let others know your story, your personal one, or the one you made up in your head. If you have a story that you want others to know about, or one that is important to you, then write it down. It can bring healing and change to yourself and others. I know people who hate to write, because they don’t like grammar. Let me make something clear: you don’t need good grammar to write; you need to know good grammar to be a good writer (the great writers know how to break all the rules properly). If you’re not trying to be a good writer, then just write whatever is in your head. No one has to read it, but you. Stephen King also some advice on this topic, “The object of fiction isn't grammatical correctness but to make the reader welcome and then tell a story... to make him/her forget, whenever possible, that he/she is reading a story at all.” Just tell a story, and let an editor worry about the rest.

Have you ever wondered why we get so into a good book and feel emotionally connected to the characters? Or why watching a movie can be such a moving experience? In BBC’s iWonder, Alex Winters gives us some answers while focusing on the benefits of reading books to children. He says, “Researchers have found that the brain activity that occurs when we read fiction is very similar to experiencing that situation in real life, so reading about a situation helps children work out how to solve it in reality.” He goes on to explain that children who are read to regularly are better at understanding and empathizing with others. They understand that other people think and feel differently than them.

Dr. Keith Oatley, Ph.D. adds, “Just as computer simulations help us get to grips with complex problems like flying a plane or forecasting the weather, so novels, stories and dramas help us understand the complexities of social life.” We use stories to understand, learn, and deal with problems. Good stories take us through an event as if we were really there experiencing it. In the Harvard Business Review, Paul J. Zak writes that he discovered when we watch a character-driven story, the brain releases oxytocin, which motivates our cooperation with others and enhances empathy. In other words, the reason we feel so connected with the characters in a movie or book is because our brain is releasing a signal that says we should care about these fictional people (sometimes real people).

Stories push us to connect, and can also motivate us to act, which is why Steve Denning argues that story-telling is the only effective tool leadership can use to inspire change. If you’ve ever watched a presentation about why you should support a cause, donate to a certain charity, or be persuaded to join something, you’ll know that statistics and facts alone are not good motivators. There is no emotional connection to a number. But when you hear a story about someone else’s struggles, then you’ll feel more inspired to do something. Zak’s research found that when people listen to a story, the more oxytocin their brains release, the more they were willing to help others.

Not just any story will create change – only good ones. Zak discovered something that any decent writer should know about story-telling: all good stories have conflict. Like one of my professors would tell our class, “You have to put your character in a tree and throw rocks at him.” Zak found that in order for a story to motivate the desire to help others, it has to first grab people’s attention by having some kind of tension. This tension will likely cause listeners or viewers to share and mimic the emotions and behaviors of the characters. This is why my best friend thought she was a bad*** after binging through a few seasons of Sons of Anarchy. She started cussing a lot more, and even wanted to get violent sometimes. It was pretty entertaining considering she’s known for her quiet and sweet demeanor. She eventually had to stop watching the show. 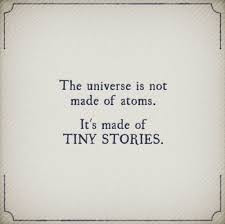 In Buster’s short book, she says, “What all great stories have in common is a journey whose conclusion appears uncertain. They are full of hope. And they are about courage. The tragic ones are about someone who did not have the courage to do something they had to do, or who took the coward's way out” (pg. 93). Stories are meant to create something inside of us. Our brain shows this is true, and so does history and culture. It’s why Jesus taught in parables. It’s why fairy-tales were used to caution children about different dangers. It’s why people in AA meetings go to listen and share their experiences. It’s also the reason why we respond to stories with other stories. For example, when you listen to your friend tell you about a struggle, you may often tell them about a similar struggle of your own or of someone else you know. Stories are how we connect and live, and they are the most fundamental part of the human existence.

Sources:
How to tell your story so the world listens. by Bobette Buster
On Writing by Stephen King
Why Your Brain Loves Good Storytelling
The Science of Storytelling
Why is Storytelling Important to Children?