"I dream. Sometimes I think that's the only right thing to do."

Now that I’m done with grad school, the question of “who I want to be” seems more important than ever. This isn’t like when I got my Bachelor’s and meandered for three years before pursuing my MFA. I’m older, now with two degrees under my belt, and I don’t have any more excuses to not get my life together. It’s intimidating. I have found myself for the past few years in search of a role model whose path I can emulate, because I am among the first in my family to get a Master’s degree.


When I think about who I want to be, there are a few people who come to mind. There’s the girl from the Zumba videos I work out to. I want to have her body, which is why I keep thinking if I work out to enough of her videos, I’ll eventually reach that goal. It has been a lot of hard work so far, but every week I inch my way a little bit closer wondering if I’ll ever be as fit as her. 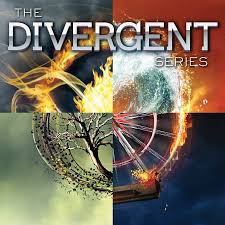 Then there’s Veronica Roth, who got an agent while studying creative writing at Northwestern University and then became a New York Times best-seller. I follow her on Instagram. She’s a full-time writer, travels a lot, and only four years older than me. That is the dream. I want to be her so bad.

There’s a classmate I went to school with, Liz, whose almost twenty years older than me. She’s a mother and I bought her first published book not too long ago. In a class with her once, after reading one of her amazing short stories, I walked straight up to her and told her I want to be her when I grow up. When I bought her book, she signed my copy saying I will be.

I have had the same dream since I was nine years old and it has never changed nor faltered. I want to be a published author. Now I have this Creative Writing degree that I’m hoping will help me come closer to it, but it doesn’t guarantee anything. A professor in my program told us once that our degree was pretty much useless, and I agreed with him. The degree does not significantly help with writing, does not guarantee a job after graduation, nor does it guarantee publication. In fact, the director of our program informed us early on that the vast majority of MFA graduates do nothing with their degrees. Research has shown me she is correct. Most go back to doing whatever it was they were doing before they got their degree.

I was perusing Google for a couple hours trying to find inspirational articles about dreams or success, but nothing was appealing. Most were about trying to find your passion. I’ve already found mine. In the article, “Stanford researchers: ‘Follow your passion’ advice could make you less successful,” Mark Cuban, owner of the Dallas Maverick, is quoted as saying, “One of the great lies of life is ‘follow your passions.’” He makes the argument that, “people should focus on their strengths rather than their passions, because we are not always good at the things that interest us the most and because perfecting a strength can become a passion.” It’s good advice, but I don’t doubt my skills as a writer. Writing is my strength and my passion. Just not the most practical one.

While in grad school, people would ask what I’m studying. When I said creative writing, they’d ask, “What do you want to do with that?” To which I’d always respond the same, “That’s a very good question.” Truthfully, just as in undergrad, I’d hoped I’d figure it out during school. I didn’t.

However, I’m not in that much despair. I’m not as mildly naïve and incredibly hopeful as I was when I got my Bachelor’s degree five years ago. As of 2018, 21% of U.S. adults have a Master’s degree and 48.2% have a Bachelor’s. So that must mean I’m worth something, right? That’s what I have to keep telling myself, because I’ve always been good at school, but I’m not so sure yet that I’m good at life. Guess I’m going to figure that out.


My problem in being who I want to be has never been a lack of set goals or ambition. I want to publish a book, and now I plan on sending out a manuscript this summer. That is plan A. Plan B has always been what I’ve been trying to figure out, but I’ve given myself until the end of my twenties to pursue plan A. My biggest problem, however, is confidence, which is surprising to the few people I’ve told because they all know what a big head I have.

One definition of confidence is “a feeling of self-assurance arising from one's appreciation of one's own abilities or qualities.” From past research on the topic, I’ve learned that confidence is correlated to ability (though can’t say that’s true for some people I know who have no right being as confident as they are). For example, I’ve always done good in school, thus I’m confident that I can continue to do good. My ability has increased my confidence. However, I don’t have much experience going out there and trying to get a job, thus I don’t have much confidence I can do it, especially a good job worthy of my new degree.

There’s also the statistic, “Men apply for a job when they meet only 60% of the qualifications, but women apply only if they meet 100% of them.” I feel this statistic deeply within my core. I feel like I have to make myself good enough before reaching for a worthy goal, which is one of the reasons I pursued a Master’s degree. And yet I still don’t feel worthy or good enough. Even applying for a creative writing degree was propelled somewhat for validation that I’m a good writer, which is why I was so excited when I got accepted by my first choice school.

In Frances Bridges’ article, “10 Ways to Build Confidence,” her first tip is to achieve small and big goals. Though this might sound arrogant to some, getting a degree is not a big goal. It’s not exactly a small one, but it’s something I knew I could do. The big goal is publishing a novel. The bigger goal is that novel becoming some kind of success. Those goals are scary because I’m not sure I can do either.

The only thing I have been ever taught to do is to follow my passion. Both my parents have been teaching me that lesson all my life. My dad didn’t finish high school. My mom got her GED when I was a toddler, an AA when I was a few years older, and only in the past few years did she go back for her Bachelor’s and Master’s (all of which I’m so proud of). My dad has been co-running his own business with his brother for a few years now. Despite their success now, they were nowhere close to these accomplishments while I was growing up.


My parents were poor while raising me, a fact I didn’t discover until I started undergrad and found out I had been living under the poverty level my entire life. I found out it was not normal to live paycheck to paycheck, and that most people at my school never struggled with money the way my family has. My parents were young when they had me, my mom 21 and my dad 20, both coming from immigrant parents and neither one having a clue about anything. Everything I am today is thanks to them and the way they raised me.

Out of all the people I want to be, my parents are my biggest role models. I’ve seen the way theirs lives have unfolded, with the failures and success, with the lowest of lows and coming out much stronger and capable. They are still on their paths, but they’ve set themselves up to succeed, which could’ve only happened after all their hard work and learning. That’s what I’ve been trying to do for myself too.

I know my fears are the fears of every graduate out there, no matter from high school, undergrad, or beyond. Out of everyone I talk to, no one has a clue about life after school. Maybe like a couple here and there who have internships, but for the most part, everyone is trying to figure it out. I’ve gotten this far because of my obsessive one-track passion for writing, and the hard work that no longer feels like hard work at all. I know that now all I can do is make goals for myself and try to accomplish those while finding the confidence to do it along the way.

So, here’s to all the new graduates (including myself): I do not wish you luck, because only a very few are lucky. I wish you the confidence and ambition to pursue your dreams and to give up when it’s not working out. When you fail, because everyone does at some point, have the courage to try again or start a new path. Either way, keep moving forward and onward, because it’s the only direction you can let yourself go.

Sources:
Veronica Roth
# of people with degrees
10 Ways to Build Confidence
Why Women Don't Apply for Jobs Unless They're 100% Qualified