When You've Reached the End


“The end of a melody is not its goal: but nonetheless, had the melody not reached its end it would not have reached its goal either.”― Nietzche

I’ve always thought it was funny how New Year’s is a very arbitrary reason to enact change in our lives. There’s nothing particularly special about this day except for the fact that we have decided to mark it as a new chapter in our lives. Even so, I’ve always liked the idea of having a reason to assess the past year and set goals for the new one. If anything, it’s a great marker for life. 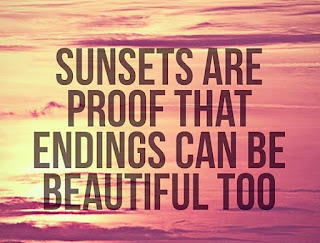 Usually, I like to focus on a hopeful topic to ring in the new year, but this time I want to focus on something that isn’t talked about as often – endings. With every new year that comes means an ending to a year that has passed, and for me, I have a very personal ending this year.

My relationship ended, and somehow it seems fitting that it happened at the end of the year. Last year, a day before New Year’s Eve is when our relationship officially began. It was a great way to start the year, and now I don’t think it’s such a bad way to end it.

To be clear, I’m not here to talk about how endings are new beginnings. I want to focus on accepting what has ended, whether it be a relationship, a career, or a chapter in your life. I think that so often people don’t properly mourn or accept the ending of something, so then how can you really move forward?

As for my relationship, though I acknowledge I’m in mourning, I also learned that you can mourn without being sad all the time. What we had was so healthy and good that I have so much to be thankful for. I’m thankful this man was in my life, and now I’m accepting that, even though we said we’d still talk, he will never be in my life the same way again.

When something is over, there should definitely be a time to acknowledge the loss, but when you’re ready, there should also be a time to look back and see how this person, or event, or job contributed to your life. Are you different now? In what way? What is better and/or worse about you?

When I first met the guy I spent the past year and a half with, I was broken in a few different ways. But so was he. It was a recipe for failure and disaster, but we somehow miraculously turned this relationship into something beautiful.

Here’s a short list of what I learned/gained during my time with him:


I feel more secure about myself now possibly more than I ever have in my life, and that is thanks to my relationship with a great person. We both had a lot of flaws and growing to do, but the amazing thing is that we kept moving forward. We bettered ourselves and each other.

I remember earlier this year asking him, “If we were to break-up tomorrow, would you be thankful for the time we’ve spent together so far?” He said yes, and I was so happy because I felt the same way. I think one of the contributing factors to our great relationship and incredibly healthy break-up is that we always kept that mindset. We always acknowledged that if we were to end, we’d still be thankful for all the time that we did get to have together.

I know not every relationship ends this well. In fact, I’m sure that most don’t. There’s usually a list of problems and regrets that lead to the end. Often, you may find yourself wondering, “Why did I ever waste my time with that person?” I’ve definitely had plenty of those.

The way I see it, you clearly wasted your time with that person for a reason. So when it’s over, it’s a good time to discover why. Maybe you were lonely, had low self-esteem, or he/she really did have some great qualities. Whatever the reason, I’m betting that there were good times mixed in the bad, and those are the times you should be thankful for. However, you should never stay with or get back together with an unhealthy person just because of a few good times.

It is sad when something ends, and you should mourn. But you should also be thankful. Maybe if it weren’t for that jerk (or great person) you would’ve never learned [fill in blank] or done [fill in blank]. Perhaps that chapter in your life taught you something very important yourself. Maybe you have grown, or changed, or are overall different.

Whatever your ending may be, I hope you are thankful it happened. 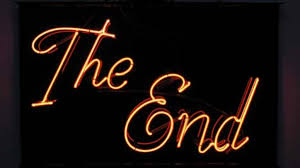