Falling for the Idea of Someone

“When you develop an infatuation for someone you always find a reason to believe that this is exactly the person for you. It doesn’t need to be a good reason.”― Alex Garland, The Beach 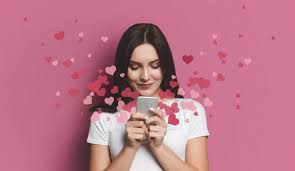 Day 562 of quarantine and people are starting to have romantic relationships with inanimate objects in their households. I understand. The struggle is real. We yearn for human connection, which is why the Times found, “Bumble reports a 21% increase in messages sent in Seattle, 23% increase in New York City and 26% increase in San Francisco since March 12.” With options for meeting people greatly reduced, singles are finding themselves drawn more to online dating probably than ever before. It seems that during the lonely, isolated times of this apocalypse, all we want is love and companionship.

It's not easy finding love in quarantine, but if you've managed to do it, good for you. However, here’s a warning to all the lonely people out there who think they’ve just found their diamond in the rough - we can be prone to over-idealization and fantasizing. In lonely times like these, we can be especially vulnerable to falling in love with the idea of someone.

I am a self-proclaimed hopeless romantic, despite my years of jadedness to dating. Apparently my personality type as an INFP leaves me very prone to idealizing and fantasizing because I have a very big imagination. My friends have often accused me of over-idealizing guys I’ve dated, and always have to bring me back down to earth with reality and the facts. I’ve also been on the on the other end of being idealized by plenty of guys who I don’t think ever really knew me.

Falling for someone, no matter how you met them, is very exciting. There’s butterflies, tingles all over, excitement, and all sorts of other emotions. It’s also very blinding. In this early infatuation phase we maximize all the virtues and minimize all the flaws of our new love interest. Sometimes we latch on to one quality we really like about the other person and forget all the other red flags. Sometimes, we’ll even project qualities onto this person that they don’t have. 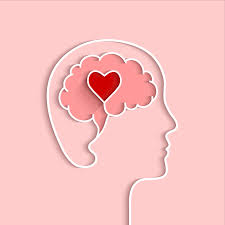 Fisher goes on to explain the brain chemistry behind why people can become so infatuated when they are falling or newly in love. The brain experiences elevated levels of dopamine, which produces “extremely focused attention, as well as unwavering motivation and goal-directed behaviors.” With so much focused attention and energy spent on one person, we are fully equipped to romanticize them.

The website Exploring Your Mind adds, “During the state of infatuation, a biochemical process takes place within our altered brain, which is similar to addiction. That’s why this state has been compared to being drugged, and it is similar to insanity.” We feel like we have little control over our feelings and the way we are idealizing our love interest. We are often incapable of seeing them as they really are, because in our excitement, we can only see the best version of them.

There are a lot of dangers in over idealizing someone. You can ignore the red flags and warning signs. You can get hung up on the wrong person for a very long time. And a study also found that it can have a negative effect on your partner. Psychologist Jennifer Tomlinson reports a study in the Journalof Social and Personal Relationships in which couples were given questionnaires to fill out in front of each other:

“Half of the couples were secretly given questionnaires with two different questions. In one, participants were asked to list all of the "extremely valuable and positive" qualities of their partners, and told to limit it to just one if that was all they could think of. Meanwhile, their partners got a question asking them to list 30 objects in their bedroom.”

The person listing objects would scribble away much faster than their partner listing good qualities, which gave the impression that he/she was full of praise for their partner. Afterward, the couples were asked to sit on a striped couch, and the researchers would count the number of stripes between them to see how far apart they sat. They found, “that those who believed their partner had over-idealized them put more space between the two of them, an average of 8.44 centimeters more than the partners who'd gotten the same surveys.”

The researchers found that those who felt over-idealized by their partners experienced a threat to their sense of self – “They feel that their partner doesn't know them, and that he or she has expectations they can't or don't want to meet.” 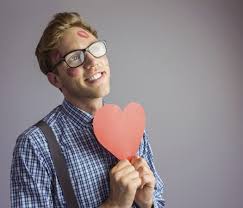 However, idealizing someone isn’t all bad, and is actually very healthy and beneficial with the right person under the right circumstances. It’s the most natural thing we do when falling for someone new. In “The Process of Idealization,” Kristine Keller explains that idealization is healthy and good as long as it’s to a realistic degree. Unrealistic idealization happens when you give your partner qualities that they don’t possess, which puts you at risk for disillusionment and disappointment.

She says that those who “appropriately” idealize their partners know the qualities their partner possesses, but choose to look at those qualities positively. A good amount of idealization that “may increase overall happiness with a new partner” happens when, “Choosing to adopt a specific perspective about someone, or subconsciously reconstructing memories.”

Appropriately idealizing your partner can actually have a very positive effect, known as the Michelangelo phenomenon. Keller explains, “By believing that our partners are the best versions of themselves, we may help them become those ideal selves.” Tomlinson says, “People were happiest with their relationship when they believed that their partner saw them as slightly better than they saw themselves.” Appropriately idealizing your partner is also a completely necessary step in the falling in love process. You can’t fall in love with someone you don’t think highly of.

So idealization is good with the right person who we believe meets our ideal standards. If this person ends up falling short of everything we idealized, then the relationship usually goes downhill until its inevitable end. We can over idealize a person for a number of reasons, but I think it’s particularly risky when we ourselves are lonely or are not in a healthy emotional state of mind.

So for all the lonely people out there whose sole companion is that new house plant, perhaps err on the side of caution before thinking you’ve just found a great catch. Yes, be excited, be happy, be all those things. But don’t go thinking you’ve found the perfect person until you actually get to know them better. True love and intimacy can only happen when two people intimately know each other. Or else, what you love may just be the idea of someone and not the one who’s right in front of you.

Sources:
Why We Love by Helen Fisher
The Process of Idealization
The Need to Idealize in Order to Love
Why You Shouldn't Put Your Partner on a Pedestal
The Coronavirus Is Changing How We Date. Experts Think the Shifts May Be Permanent