I know a lot of good men, and even plenty of great men. These men, my dad, uncles, friends, and even ex-boyfriends have taught me not only self-respect but that a man needs to respect me too. They are not without fault or flaws, but overall, I’ve learned a lot of good things from them, which is why it’s so hard for me to believe such bad things about men that society teaches us.

Yet, I’ve also had a lot of bad experience with men, because quite simply, I’m a woman. The recent viral video of a woman walking in New York for ten hours exemplifies my point perfectly (click here). All I need to do is step outside in order to get sexually harassed, and for too many women, they don’t even have to go one foot outside of their own homes.

Sexual harassment is “defined as unwelcome sexual advances, requests for sexual favors, and other verbal or physical conduct of a sexual nature.” Sadly, it so normal and accepted in our culture. Even worse, men are not blamed for their unwelcome sexual advances, women are. Women “ask for it” by their clothing, the way they walk, and for simply having a womanly body. But this article isn’t in defense of women, because that puts blame on them. 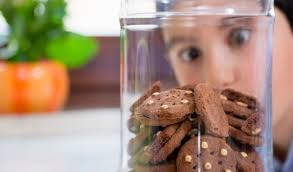 On the flip side of women “asking for it” is that “men can’t control themselves.” Well of course that man sexually assaulted that woman at a bar, because she was just so desirable that he couldn’t help himself. It’s ridiculous when you think of it. Children can’t help themselves to the cookie jar. Addicts have incredible difficulty not taking that next drink. But men as a whole can help themselves. Nearly every man I’ve asked has told me that they have self-control. The notion that they can’t really reduces their gender to sex maniacs with no desire for emotional intimacy. This is just untrue.

Still, it’s such a common defense for them that I chose to keep an open mind and try to find some truth or deeper enlightenment to this idea. RAINN (Rape, Abuse, Incest, National Network) provided some statistics about sexual assault: 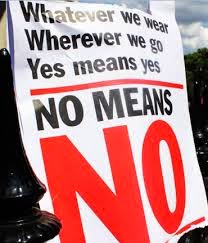 According to the FBI 2009 Uniform Crime Reports 98.8% of rape perpetrators arrested were male as opposed to 1.2% that were women. So, men are sometimes victims of rape, but more than likely it was another man that raped him.

These statistics make men look very bad, which contributes to the fear that women face daily. I don’t go outside every day thinking that I could get raped, but I feel incredibly uncomfortable when there are men around, because I’ll most likely get catcalled or spoken to inappropriately. I don’t understand what men wish to achieve by catcalling, and other aggressive moves. How does making a woman feel uncomfortable make his chances better of sleeping with her, or even getting her attention?

Since men are so commonly the victimizers in sexual crimes, it must mean they can’t control themselves, right? Medically and biologically, “Study after study shows that men's sex drives are not only stronger than women's, but much more straightforward.” Whereas “sexual desire in women is extremely sensitive to environment and context,” says Edward O. Laoumann, PhD. This doesn’t mean women don’t want sex as much as men, it means that a woman’s and man’s sexual drives are programmed differently.

In Tom Jacob’s article, “Why He Can’t Keep It In His Pants,” he says that mutual consensus is that, “Guys have a harder time resisting sexual temptation,” which is why they are more likely to have extramarital affairs and seduce someone else’s partner. He goes on to reference a study by the Personality and Social Psychology Bulletin, which explains, “Men’s ability to resist temptation is no stronger or weaker than that of the ladies. But it gets overridden more often because of the intensity of men’s desire.” In their study, both men and women tried to exercise self-control, but men more often failed because they have more desire than women.

So there, men have this small excuse of having stronger desires than women. But this does not excuse actions. It’s one thing to not being able to stop your Netflix binge, it’s another thing entirely to harm another person. This is what I tried to understand and research, but I couldn’t find an answer. Why do some men have self-control while others don’t? Is it a difference in libido? Desire is understandable, but why do men think it excuses them when they harm a woman sexually, or even make her uncomfortable?

Through my research, a few people pointed out that men do these things because they know that can get away with it. The fact that rapes and sexual assaults are under-reported, and women are often blamed for their own victimization only enforces their mentality. When I’m sexually harassed, I know that man wouldn’t have said anything if I were with an authoritative figure, especially another man. Such as having my manager nearby, or walking with my dad, because then there would be consequences for talking to me like that.

Women shouldn’t need defense or live in sheltered places all the time in order to feel safe. Men should just be respectful and acknowledge women as human beings instead of beings to spark their arousal. As I mentioned, I know too many good men to think so little of their gender. I believe men are people, just like women. We have desires and urges, but also self-control and self-worth. We shouldn’t condemn men to the belief that they can’t control themselves, because it’s too demeaning. There is enough blame on women; it’s time for some action from real men. Be a man who understand consequences, and who would never wish to intentionally harm another person in anyway, and especially for any excuse.

Sources:
Why He Can't Keep It In His Pants
Sex Drive: Men and Women
RAINN statistics
What is Sexual Harassment?
Posted by J. Iliana Serna
Email ThisBlogThis!Share to TwitterShare to FacebookShare to Pinterest