"I Just Want to Bring Out His Potential"

I have a friend who has talked to me about her boyfriend’s potential. She’s very happy with him and I think he’s a good guy, but she wishes he was more ambitious, and actively tries to help him to achieve his dreams. I don’t think this is wrong, but I think this situation can definitely be handled in the wrong way. It’s not wrong to see someone’s potential and want to help them to become better, but you shouldn’t date someone’s potential. Sadly, many people, particularly women, do. Women often try to change or mold the man their dating, but why is that? This question doesn’t have a definitive answer, but many theories. I have a theory of my own, but I’ll save that one for last. 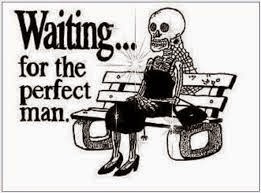 Heidi Muller has two theories that he explains in his article, “Why do Women Want to Change Their Men?” The first one, which he touches on briefly, is that women have an idealistic view of relationships. I have to agree with him. At a young age, little girls fall in love with princess movies, and little boys like action movies. Girls grow up watching fantasies of the perfect happy ending after a few trials, and boys grow up watching shows and movies that involve a lot of problem solving. They learn how to deal with and fix different situations and conflicts. Girls grow up trying to live up to a model of perfection that can never be accomplished.

Even as we grow older and realize that fairy tales are just that, we still can’t shake off our childhood hopes, which is why we love chickflicks – happy endings all around. I will admit it… women are delusional. This isn’t to say we aren’t rational and logical. We definitely have those qualities, but when it comes to relationships, we want romance, drama, and adventure all mixed in to one amazing guy. We want to be swept off our feet, and have been dreaming of a guy showing up on a white horse (with roses) since we were little girls. Maybe this isn’t every girl’s fantasy, but what girl doesn’t want a guy who makes her feel like a princess? And it’s not just movies, it’s our fathers too. When they treat us like princesses, then we expect the same thing from the man we end up with. For the most part, I believe a good man should make a woman feel like a princess, but women put too much expectation on what this looks like. And when men fall short of this unrealistic expectation, then women try to achieve their ideal fantasy by transforming him into the perfect prince. Really, all women want is for a man to make her feel special.

Muller’s other theory is that, particularly when it comes to jerks, women want to know they are the ones who changed, fixed, or healed their man. It makes them feel like they’ve accomplished something. It makes them feel special to know he wouldn’t change for anyone else except her. I am totally guilty of this, as I’m sure almost every woman out there is too. From experience, I know this is what I thought when I “succeeded” in temporarily changing a guy (because you can’t actually change them): “He wouldn’t act this way for anybody except me. He must think I’m worth changing for. I must be truly unique and special.” It’s honestly a nice feeling to believe this, but the reality is that people don’t really change, at least not instantly, and no one should change for you. You have to accept them for who they are, or find someone else. 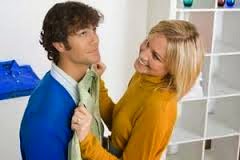 In his article, “Can Women Change Men... And What Happens When They Do?” Chase Amante believes that in long term relationships, women try to change men because of acclimation, which is another way of saying that they adapt and get comfortable. For example, if a girl is with a nice guy, “eventually she gets used to it, expects it, and starts to feel bored and long for some excitement and emotional turmoil.” If she’s with a bad boy, “eventually she gets used to the good emotions, gets tired of the bad ones, and starts to long for some tranquility, safety, and security.” It’s an interesting suggestion, which both men and women can relate to. Humans are adaptive creatures and we constantly look for something new and exciting.

But my theory was inspired by Caroline Heldman’s TedTalk, “The Sexy Lie,” in which she says, “We raise our little boys to view their bodies as tools to master their environments. We raise our little girls to view their bodies as projects to constantly be improved.” A study reveals that, “Two-thirds of women admit trying to transform their boyfriend’s appearance.” Men focus so much on the fact that women try to change them, but don’t realize that they also spend a lot of time and energy trying to change themselves. From a young age, girls learn to start trying to improve everything about themselves, from appearance to personality to skills.

I think part of the reason women try to change men is because they are projecting what they’ve been taught to do to themselves their whole lives. We need to be perfect women, perfect wives, perfect mothers, perfect workers, and so on. And though we can never meet these expectations, including having the perfect life with the perfect happy ending, we still constantly try to achieve it. So when a man comes along who isn’t perfect, then that natural thing it seems to do is make him a project like we do to ourselves. 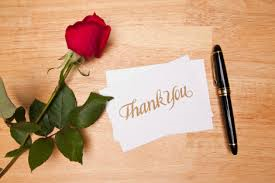 In relationships, women often complain about all of their significant other’s shortcomings and all the things they don’t do, instead of appreciating everything that they do. But women also complain about all of their own shortcomings as well. Really, this a woman issue, and sadly something men have to deal with it (or not, your choice). We need to learn to be satisfied, more grateful, and accepting of our own qualities as well as the guy we chose to be with. University of North Carolina at Chapel Hill psychologist Sara Algoe did a study in which she asked couples to keep a daily of journal of things they were grateful for that there significant other did. This led to more connectedness and satisfaction for both people. UC Berkeley psychologist Amie Gordon found through a series of studies that “the more grateful couples were, the more likely they were to still be in the relationship nine months down the road.”

Amante adds that if a woman succeeds in changing a man, both people lose. The woman will not respect the man if he ends up complying with all of her requests of how he should be and who he should become. He says, “At best, you end up feeling trapped in a relationship where you aren't able to be the man you are… At worst, the very woman you changed for becomes put off by your acquiescence and the relationship falls apart.” There’s a difference between someone who makes you better and someone who just wants to change you. Never change for anyone but yourself. And on the other side of that thought, if you choose to be with someone, it should be because you accept them and like them for who they are.

Sources:
Why do Women Want to Change Their Men
Can Women Change Men?
http://www.dailymail.co.uk/femail/article-2480883/Two-thirds-women-try-change-new-partners-appearance.html
Science Says Couples With One Habit Stay Together Longer
The Sexy Lie
Posted by J. Iliana Serna
Email ThisBlogThis!Share to TwitterShare to FacebookShare to Pinterest