In honor of Mother’s day this year, I’m dedicating this post to the woman who spent twelve hours of labor to have me. My mom and I have more in common than I’d like to admit to her most of the time. She finds immense pleasure with every similarity, while I often like to deny any resemblance I have to her (who likes to admit that they’re like their parents?). But I will affirm every similarity that I’m aware of, and the ones I’m proud we both share, because I can’t deny it… I am like my mom (I hope she won’t remember that I just wrote that). 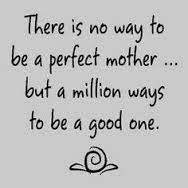 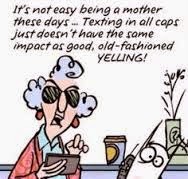 In fact, the only major difference I see between us is that I believe in myself so much more than she believes in herself. It’s always been funny to me how little credit my mom gives herself. Right now, she’s about to finish a Bachelor’s for Rehabilitation, and she receives mostly A’s (I’d disown her if she got a B). Yet, she didn’t think she was intelligent until one of her professors told her so. She used to be surprised whenever someone told her she was a good counselor, too.

But I’ve always known my mom is intelligent. I actually love spending hours talking to her, because she’s one of the smartest people I know and we have such great conversations. We can talk about anything, whether it’s about our lives, the things we learn at school, or random dumb stuff that entertained us.

My mom is also the strongest person I know. I’ve seen her fall, probably as far as a person can, but then pick herself back up to rise higher than she thought she ever could, and she’s still rising. Weak has never been a word to describe her. Emotional, yes. Crazy at times, definitely. But never weak. I don’t believe my mom can be broken. Not by her past mistakes or by anyone else. Brought down, but not broken. She’s the kind of person that can accept her mistakes, no matter how big, and then take steps to amend them. I don’t know a lot of people like that. 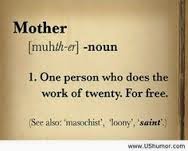 Aside from who she is as a person, she is also the best mom I’ve ever known. I’m probably just biased, but I’ve met so many people who have so many complaints about their parents. I don’t have many about mine. My mom listens to me, supports me, never judges me, trusts me, believes in me, and fully allows me to be myself. I never have to be afraid of keeping something from her, because I know she will listen with understanding and will try to help me if I allow her to.

My mom is one of my biggest supporters. She reads everything I write. Encourages me often. Tells me something good about myself daily. Fills me with confidence and positivity. And makes me believe I can achieve anything. Whenever I see my mom, I’m always certain to her say to me, “You’re so pretty,” or “You’re so smart,” or “You amaze me.” She doesn’t realize that she amazes me too.

Most importantly, my mom is my best friend. A best friend is someone who you completely trust. You can tell anything to. You laugh with them and love spending time with them. And you know they will always be there for you. That’s my mom. I once locked my keys in my car at 3am. She woke up to come open it because she has the spare. No complaints, no “what are you doing at 3am?” just, “I’m going back to sleep. I love you. Goodnight.” And that’s such a small example of all she has done for me and all she is willing to do. 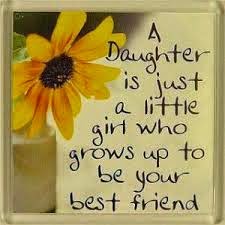 This is a secret that she isn’t supposed to know about, so don’t tell her, but I actually always look forward to seeing my mom. I really like spending time with her. It’s so stress-free and fun. She’s dumb (in a funny way), and laughs at dumb things, and then tells me about the dumb thing she laughed at, and then I laugh. We name inanimate objects together. When she got me a new printer, one of the first things she asked was, “What are you going to name it?” We both believe in not disturbing a sleeping cat, unless it’s to smother it. Also, it’s offensive to call an animal “it.” It has feelings you mean person.

I don’t tell my mom these things very often, because you see, she has a huge head. Especially with all of her accomplishments lately and all these compliments she’s getting about what a great counselor she is – her head can’t fit through the door anymore. It's a problem. Someone has to make sure her head stays at a decent size, so that might as well be me, her only child. Who else is going to do it?

But there is another similarity we share – we both love words. Words mean a lot to us, which is why I decided to write this for her so that she and anyone who reads this, will know how much I love her, what she means to me, and what a great mom she is. So, I guess I can give her a big head one day a year, right? It might explode, but at least she’ll die happy. Truthfully, these roughly 1,000 words I’ve written for her are nothing, because I can write pages upon pages about my mom.

When I was little, we used to say we loved each this much, and extend our arms as wide as we could. But now, I want her to know that I love her this much, as many words as I can write. 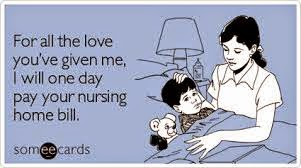 Happy Mother’s Day, Mami. Thanks for ditching me on Mother’s day to study, you nerd. Yes, I called you a nerd. Ooh I’m so scared, what cha gonna do about it?

p.s. I know her one and first complaint about this post is that I used the word “mom” and not “mami,” because she’s not my “mom.” How offensive. She’s my mami. So, there. I love you Mami.
Posted by J. Iliana Serna
Email ThisBlogThis!Share to TwitterShare to FacebookShare to Pinterest