"He said in a loud voice, “Fear God and give him glory, because the hour of his judgment has come. Worship him who made the heavens, the earth, the sea and the springs of water.”" Revelation 14:7 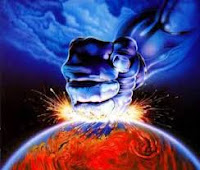 Throughout my Christian life, I’ve heard and read this phrase a lot – “Fear the Lord.” I have never understood what it meant, and it’s always seemed to contradict other messages I’ve heard, such as, “Love god,” “God is merciful and good,” “God is forgiving,” and “God is love.” I’ve heard messages that say God will judge sinners and all those who forsake him by punishing them and sending their souls to hell. This is the God you should be afraid of. But that doesn’t match the many other messages that say God will always forgive you if you ask, and often even if you don’t. He will watch over you, protect you, and guide you through all your struggles. No sin is too great for his forgiveness. So which one is He? The one you should fear or the one you should love? 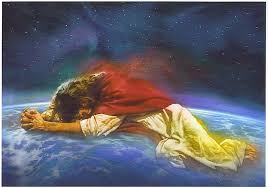 Then I’ve heard the argument that there are two “Gods.” There’s the God of the Old Testament who destroys cities and wipes out whole people groups. He’s more portrayed as the God of war and strength, not mercy and forgiveness. He is a jealous God who abhors idol worship, and he plays favorites because he has a chosen group. Though he repeatedly gives chance after chance every time his people stray, he always reaches a point where enough is enough, and then brings destruction to his own chosen people. Then there’s the New Testament God, who is full of mercy, forgiveness, and love. He’s the one who sent his only begotten son as a sacrifice because he loved all of his children, not just a chosen group. He wanted everyone to be with him in heaven. And no matter how often we stray, or what we do, He will always try to bring us back to him.

The first thing I want to make clear, as it has been explained to me, is that these are not two separate Gods. There is not a God of the OT and of the NT. There is only one God, who is constant. In Exodus 3:14 when Moses asked who God was, God responded, “I am who I am.” The way I choose to understand God is this – we are created in his image, and just as there are many sides to each of us, so there are many sides to God.

But back to my initial question, if God is all these things – merciful, powerful, forgiving, destructive, loving, etc – then what does it mean to fear him? Should we live in constant fear of his wrath, wondering when he will punish us for our sins? Should we be afraid of him occasionally? Or are we just supposed to love him all the time? Can we love him and fear him too? 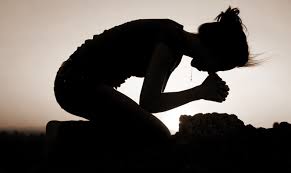 I looked to the Bible for the answers, and what I discovered is enlightening. First, there is a small distinction between fear and being afraid. I used my New International Version Study Application Bible (SAB) for all my definitions, sources, and verses. It defines afraid as, “to be fearful or apprehensive about an unwanted or uncertain situation.” Fear is a little more complex, defined as, “profound reverence and awe toward God; an emotion of dread or alarm caused by danger; timidity.” The main distinction is that when the word “fear” is used in the bible as opposed to “afraid,” it could mean more than just experiencing dread, alarm, or apprehension.

Interestingly in the Bible, the word afraid is used before the word fear appears. After Adam and Eve eat the fruit in the Garden of Eden, Adam says to God, “I heard you in the garden, and I was afraid because I was naked; so I hid” (Genesis 3:10). In this scenario, Adam had committed the first sin, which was disobeying God’s only commandment to not eat the fruit. Yet, he wasn’t afraid that he ate the fruit, he was afraid because he was naked, which could be symbolic for his shame. After the first sin came God’s first punishment. Being afraid usually means being afraid of something, of some kind of consequence or situation. 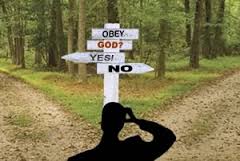 We are not repeatedly commanded to be afraid of the Lord, we are commanded to fear him. The fear of God is mentioned starting in Genesis, but it appears as a commandment in the book of Deuteronomy when Moses is giving the Israelites God’s commandments. He says, “Fear the Lord your God, serve him only and take your oaths in his name” (6:13). At the beginning of this chapter, Moses explains why God is giving these rules, “These are the commands, decrees and laws the Lord your God directed me to teach you… so that you, your children and their children after them may fear the Lord your God as long as you live by keeping all his decrees and commands that I give you, and so that you may enjoy long life” (6:1-2) Here, fearing the Lord does not mean to be afraid of his punishment, but instead it is a good thing that benefits us. This idea is reiterated later, “And now, Israel, what does the Lord your God ask of you but to fear the Lord your God, to walk in obedience to him, to love him, to serve the Lord your God with all your heart and with all your soul, and to observe the Lord’s commands and decrees that I am giving you today for your own good?” (Deut 10:12-13).

Fearing the Lord is a good thing, but what exactly does that mean? In the verse above, obedience is a key factor in this fear. If you fear the Lord, you will obey his commands. This goes deeper, which Proverbs 8:18 explains, “To fear the Lord is to hate evil; I hate pride and arrogance, evil behavior and perverse speech.” This is not just a desire to obey, but its aided by a hatred of evil and sin, so that you want to be obedient and good. In Exodus 20:20, Moses said to the people, “Do not be afraid. God has come to test you, so that the fear of God will be with you to keep you from sinning.” God does not want us to sin. He wants us to be good by hating sin and having the desire to keep his commands.

Wisdom and obedience are major components to understanding the fear of the Lord, but the most important is love. God does not want us to follow him because we are afraid of his wrath; he wants us to obey him because we love him. This concept is portrayed beautifully in 1 John 4:18, "There is no fear in love. But perfect love drives out fear, because fear has to do with punishment. The one who fears is not made perfect in love." This is where it gets a little confusing. John is saying that there is no fear in love, yet we are supposed to fear the Lord, so how does that make sense?

Let’s get back to what it means to be afraid. At the beginning of Deuteronomy 20, Moses is telling the Israelites to not be afraid when going to war because the Lord will be with them, “Do not be fainthearted or afraid; do not be terrified or give way to panic before them.” To be fainthearted is to live fearfully. To be terrified or to panic means to be afraid of something. This is the kind of fear John is referring to. To love means to not live with fear in your heart, or to be afraid of what will happen. Yet, to fear God means to love him enough that you want to obey him, and your obedience will bring wisdom.

There is one last important distinction to make – the difference between fearing God and fearing man. Jesus tells us, “Do not be afraid of those who kill the body but cannot kill the soul. Rather, be afraid of the One who can destroy both soul and body in hell” (Matthew 10:28). We should not be afraid of people, but along with fearing the Lord out of love, we should be afraid of him whenever we sin. This doesn’t mean to live in fear of his wrath, but rather to be afraid of the consequences of sin, so that we can repent and be close to him again. Proverbs 29:25 adds, “Fear of man will prove to be a snare, but whoever trusts in the Lord is kept safe.” The notes in the SAB say, “fear of God – respect, reverence, and trust – is liberating,” but the fear of people can hold you back and immobilize you. 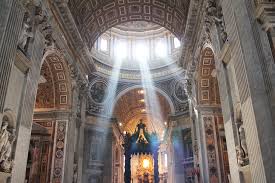 Isaiah tells us, “Do not call conspiracy everything this people calls a conspiracy; do not fear what they fear, and do not dread it. The Lord Almighty is the one you are to regard as holy, he is the one you are to fear, he is the one you are to dread, and he will be a sanctuary” (8:12-14). Do not live in fear of people or what is in this world. Don’t be afraid of what others think. Don’t be afraid to live your life in obedience to God. And don’t live in fear of God’s punishment and wrath, but instead be afraid of the consequence of sin so that you can be pushed to repent. Revere and fear God by obeying him and loving him, and he will be where you find peace and safety.

Additional verses to think about:
Philippians 2:12-13 “Therefore, my dear friends, as you have always obeyed—not only in my presence, but now much more in my absence—continue to work out your salvation with fear and trembling, for it is God who works in you to will and to act in order to fulfill his good purpose.”
Psalm 27:1 “The Lord is my light and my salvation—whom shall I fear? The Lord is the stronghold of my life—of whom shall I be afraid?”
Jude 1:22-23 "Be merciful to those who doubt, snatch others from the fire and save them; to others show mercy, mixed with fear - hating even the clothing stained by corrupted flesh."