When Everything Seems Uncertain


"Life is about not knowing, having to change, taking the moment and making the best of it, without knowing what's going to happen next. Delicious Ambiguity.”― Gilda Radner

It seems like the world is a scary, uncertain place right now. Global fears over the coronavirus have affected nearly everyone somehow. We are entering a time where everything is being closed, from schools and restaurants to social events to Disneyland. We’re being asked to self-quarantine and stay home as much as possible. The one thing we can all be sure of is that the next few weeks, or possibly months, will bring a lot of uncertainty. 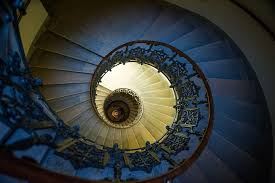 The funny thing is that just a couple weeks ago, before the coronavirus became a bigger threat in the U.S., I felt unsure about so many other things in my life right now. I was a spiraling mess. I had gone on a few dates with someone who I was unsure where things were headed. I had gotten a new job I was unsure I’d be happy with. The biggest one was that I had decided March would be the month I take the next big step in my writing career and start sending out query letters to agents.

It was so much uncertainty at once that I eventually found myself really depressed on a Sunday night, eating an entire box of Kraft mac and cheese (never a good idea), and crying all night. But life is funny, and the things that we were uncertain about yesterday don't usually stay the things we're uncertain about today.

Bryan E. Robinson Ph.D. discusses our fears about uncertainty in his article, “ThePsychology of Uncertainty.” He explains that our brains our hardwired for survival, and that they are “constantly updating your world, making judgments about what's safe and what isn't.” Because of the brain’s capacity for creativity, “it makes up all sorts of untested stories hundreds of times a day because to the mind, uncertainty equals danger.” Uncertainty to our minds equals danger, which means we have to prepare for the possible danger to come. Which is why there is a lack of toilet paper in our stores right now.

I’ve been a server for the past four years and my last day of work was supposed to be today. I got a call from my manager two days ago saying that the restaurants are moving to delivery only, which means all servers are being let go. I am blessed that I had another job lined up, however that wasn’t the case for the nearly 50-60 servers at the restaurant. They all have to figure out their next steps, and luckily there is help available to them.

However, the same day I was informed my restaurant was letting go of its servers, my new job informed me my start date was being pushed back, so that instead of starting next week, I’ll start in three weeks. Now I’m jobless for three weeks with a limited source of income, and I still have rent and bills to pay. There’s a lot to figure out.

To add to my uncertainty, my cousin whose school moved to online has come to live with me much earlier than we planned. We haven’t lived together since we were small children, and we had a serious talk about our concerns and worries and how to address them. The interesting thing is that though the changes happening now are bigger than my spiral of a couple weeks ago, I feel pretty calm about it all.

In Julie Beck’s article, “How Uncertainty Fuels Anxiety,” she says, “Studies have shown that people would rather definitely get an electric shock now than maybe be shocked later.” In the study, the participants who knew they were going to receive an electric shock felt calmer than those who were 50% sure they’d receive one. Why? Because one group felt certain that pain was inevitable the other group didn’t.

Perhaps that’s why I feel calm now. I know I have a job awaiting me. I know my cousin is here to stay. I feel certain about these changes, so that even if they are an adjustment, I am better able to cope.

However, the biggest uncertainty in my life actually has nothing to do with the changes happening in the world right now. It’s about my writing career, which was a huge part of the spiral I was having. Ever since I was 9 years old, all I wanted to do was publish a novel. For the past 8 years, I’ve been working on a novel, editing, rewriting, and even submitted half of it as my thesis to my MFA creative writing program.

I’m a writer. I feel certain I know how to write. What I feel unsure about is everything else that pertains to a writing career. I’ve been educating myself about the publishing industry, agents, query letters and all that, but taking that next step has been so terrifying that I felt immobilized for a bit.

I had decided March would be the month I write and send out query letters, but because I was so scared, I completely stopped writing for a week. When I don’t write, I get sad. When I don’t feel like I’m moving forward or taking steps toward my goals, I get frustrated with myself and, well, more sad. So in other words, I was very very sad all because I was afraid of uncertainty. 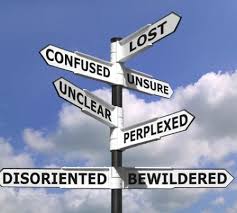 For those who have a high IU, or basically can’t handle not knowing what’ll happen next, the common response is to either approach or avoid. Some people want to face the problem head on so that they can reach certainty as quickly as possible. Others want to avoid it all together so they don’t have to think about it.

For me, I prefer to approach uncertainty, however when it came to the next step in my writing career, I acted in avoidance. The uncertainty was too huge for me to face. Whenever I’d tell people that I’m going to start looking for an agent, everyone would tell me how excited they are for me, but I was only terrified.

What was I terrified of exactly? This might sound strange, but I was terrified of success. My biggest fear was, and still is, what if I get an agent and publish a book? What if I actually achieve the biggest goal I’ve had my whole life? That is terrifying. It’s terrifying because it’s unfamiliar.

If I were in that shock experiment, I'd be the person who'd rather receive a shock knowing it was coming, rather than opt to be unsure if a shock was coming or not. I'd rather be rejected because I know what that feels like, than have to potentially face success. The uncertainty of success happening is what stirs my anxiety.

As a writer, I’ve faced a lot of rejection. It’s part of the calling. I know rejection. I know what it feels like. I know that it sucks. I don’t know what success feels like as a writer. I don’t know what it’s like to have an agent, to miraculously convince a publishing house to buy into my book, and to see this thing I’ve spend the past eight years creating printed on a book shelf. All of it would be a dream come true, but therein lies the next fear. Then what? Let’s say I accomplish my biggest goal in life. What do I do next?

This may not seem like a legitimately thing to worry about, but it’s what I’m scared of. I literally have day dreams about my book launch. They never get past that point. Past that point is the complete unknown to me.

To be honest, in all likelihood to even reach that point is a long shot too, so maybe I’ll never know what’s beyond it.

However, there is a third strategy to dealing with uncertainty: “just living with it.” It’s the day by day approach. Focus on what you can control today, and worry about tomorrow, well, tomorrow, while of course planning ahead for it.

After I ate that entire box of Kraft mac and cheese (so tasty I almost don’t have regrets) and cried my eyes out, I rallied like I always do and decided to move forward with executing my plan. Because I did have a plan. I had made a list of agents that took on books within my genre. Over the next few days, I did my research on each one, both expanding and eliminating some on the list. I reached out to a published author from my writing program and got some tips from her. Then I started work on a query letter, which I’m still trying to work on.

Ironically, in Kristin Wong’s article, “How to be Better at Uncertainty,” she actually proscribes reading novels as a way to cope. And I’m writing a novel, so… maybe that counts?

She cites Jamie Holmes who says, “Two ways to get comfortable with uncertainty, perhaps surprisingly, are reading fiction and multicultural experiences… Make reading short stories or novels a habit. Likely because it invites us inside the worlds and minds of characters unlike ourselves, fiction makes ‘otherness’ less threatening.” 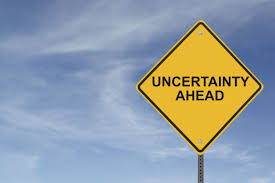 Particularly during a time where we are asked to self-quarantine, and have little else to do even if we didn’t stay home, I think right now is the perfect time to pick up a book. If you are having anxieties about what will happen next, then get lost in a book you enjoy. It’s a great alternative to watching the news (which proves to heighten fear and anxiety), and it helps reduce anxiety. The more you experience a new fictional world and its character, the less this world and its people might seem scary.

When life is uncertain, there are times we simply can’t do anything about it. Currently, we can’t stop the impact of the coronavirus. I can’t guarantee I’ll get a book deal anywhere in the near future. We don’t even know what tomorrow might bring, which has proven more true now that probably ever in our lives. Ultimately, Robinson says, “Your perspective is the most powerful thing you can control in a situation that is beyond your control.”

So now you know the three options available to you if you’re feeling unsure about what comes next: approach, avoid, or live with it. What will you choose to do?


Sources:
The Psychology of Uncertainty
How Uncertainty Fuels Anxiety
How to be Better at Uncertainty