Be Nice to Mean People


“But I say to you, love your enemies, bless those who curse you, do good to those who hate you, and pray for those who spitefully use you and persecute you” – Matthew 5:44 (NKJV)

When I was a little girl, and there was a classmate being mean to me, I went home and told my parents about it. My dad “playfully” advised that I beat that kid up. But my mom told me not to be mean to her. She said, “You know how your Mami and Papi love you so much? Well, what if that girl doesn’t have a mommy to read to her every night, or a daddy that takes her to the park?” She further explained that bullies, or any mean people, are probably that way for a reason, so we should be understanding and nice to them. 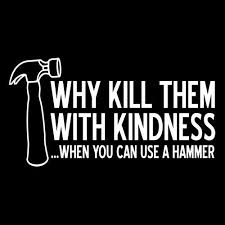 This isn’t always the easiest thing to do. As a Christian, I’m taught to “kill them with kindess,” which means to love my enemies and be nice to them no matter how mean they are to me. But in reality, when someone is being rude to me or says something insulting, my first reaction is to say something sarcastic and mean. Why would I let someone treat me that way? Why would I be nice to someone who seems to be trying very hard to make my life miserable?

We only get to hear the words and see the actions of people in their daily lives, but it’s rare that you actually get to learn about what that person is going through. They could be having a bad day, and are normally really nice. They could be going through a hard time and don’t know how to deal with it. Regardless, understanding the struggles of others is important to loving your enemies.

Really, by being nice and extending love to someone who probably doesn’t deserve it, you are helping yourself, that person, and other potential people that person could have been mean to. Now, this is an ideal situation, and obviously, life is never that simple. There are just people who are always in a bad mood, and who are incredibly negative most of the time. They are draining to be around, and though you may try to not let them affect you, they usually do. They are the people who put you in a bad mood and turn you into the rude one.

What I suggest to that is both Biblical and my own opinion. Proverbs says, “If your enemy is hungry, give him bread to eat; And if he is thirsty, give him water to drink” (25:21 NKJV). You have to learn how to be loving, which is different from just being nice. Obviously, you don’t have to, but why would you allow yourself to be put down by negative people? Because even if you think they have this power over you, it’s really only you who has power over you. Everyone else is just an influence and some influences are stronger than others. 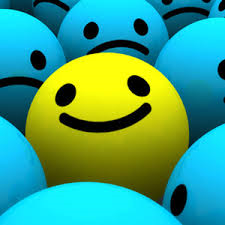 One of the most important things my mom has taught me is that it’s so easy to be negative, but it takes a strong person to be positive. She has repeated this phrase to me for almost all of my life, and it’s something I apply to many situations. It is very incredibly easy to let negative people bring you down, but it takes strength to actually be a positive influence in their lives instead.

Just today, think of some people who weren’t so nice to you. When I think of those people, I wonder, when was the last time someone complimented them? Hugged them? When was the last time someone told them they loved them? How often do they experience abuse, whether it’s verbal, physical, or emotional? Do they need someone else to be mean to them or do they need someone to be nice?

If I asked you to make a list of ten people who are negative influences in your life, I’m sure that list could fill up very quickly. But if I asked you to pick five people who are positive influences, people who fill you up and bring happiness and peace into your life, you may actually have to think about that for a while. So why not be that person who makes it to someone else’s list? I know that I want to be the kind of person my friends look forward to seeing because of how I build them up and make them feel better about themselves. I don’t want to be the kind of person who guilts friends and relatives into seeing me because they really don’t want to be around me. What kind of person do you want to be? 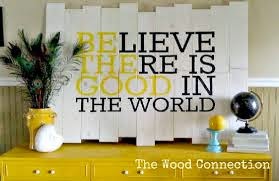 Sources:
Kill Them With Kindess
Posted by J. Iliana Serna
Email ThisBlogThis!Share to TwitterShare to FacebookShare to Pinterest