Why You Should be Writing


"Writing is an exploration. You start from nothing and learn as you go." - E. L. Doctorow
Recently, a friend of mine wrote a story down that he’d only talked about to a few people before. It was an assignment for class, so I proofread the essay. He wrote his story from memory, and also from the feelings he had through the experience. After I read it, he explained to me how good it felt to write it down, and he hoped it would help other people who have gone through a similar circumstance.


As should be obvious, I’m a writer. I’ve been writing stories since I was nine, and have kept a diary for not much earlier than that. It has been the greatest help in my life, because it’s something I can give to myself whenever I need it. I truly believe talking about life and your troubles to another person is extremely beneficial, but I know it can be equally important to write it down. To talk, you need another person to listen, but to write, you only need a pen and paper, or keyboard.

Adrian Furham, who wrote “A Sideways View” for Psychology Today, explains that writing can be redemptive, produce a commitment to change, and be very introspective. He notes that, “Old people, prisoners, disturbed children are often surprised, then delighted by the reaction of others to their stories. People take an interest and many writers feel they become allies helping them in the journey.” This is the same experience my friend had. Writing can not only help you, but also help others who read your story. 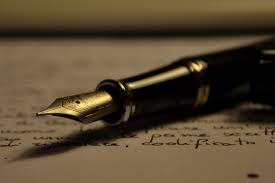 Karen A. Baikie and Kay Wilhelm study just how therapeutic writing can be in their article, “Emotional and physical health benefits of expressive writing.” In a study about expressive writing, “college students wrote for 15 minutes on 4 consecutive days about ‘the most traumatic or upsetting experiences’ of their entire lives, while controls wrote about superficial topics (such as their room or their shoes).” The study found that four months later, the students who wrote expressively reported having physical health benefits.

Expressive writing involves writing about your feelings and thoughts of a traumatic or stressful event no matter how recent or long ago it happened. These were the instructions the students were given:

“For the next 4 days, I would like you to write your very deepest thoughts and feelings about the most traumatic experience of your entire life or an extremely important emotional issue that has affected you and your life. In your writing, I’d like you to really let go and explore your deepest emotions and thoughts. You might tie your topic to your relationships with others, including parents, lovers, friends or relatives; to your past, your present or your future; or to who you have been, who you would like to be or who you are now. You may write about the same general issues or experiences on all days of writing or about different topics each day.”

Students were instructed to write for a full fifteen minutes without stopping. Baikie and Wilhelm explained, “The immediate impact of expressive writing is usually a short-term increase in distress, negative mood and physical symptoms, and a decrease in positive mood compared with controls.” But the long-term symptoms were far more beneficial. 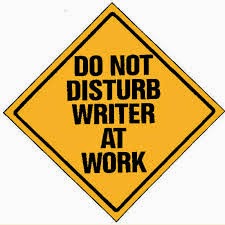 Interestingly, there were significant physical health improvements on medically ill patients compared to those who were considered healthy; but those considered psychologically unhealthy didn’t have much more improvement in mental health than those already considered healthy. Also, not everyone benefits from expressive writing. Baikie and Wilhelm notes, “Compared with controls, expressive writing was detrimental for adult survivors of childhood abuse and for a small sample of eight Vietnam veterans with PTSD.” The authors add, “In studies where expressive writing was beneficial, many participants wrote about topics other than their particular physical illness or psychological problem, but still showed improvements in that area.”

Psychological benefits to expressive writing have been inconclusive and sometimes contradictory. Studies did, however, find specific medical conditions that might benefit from it:

There is enough research to show that expressive writing can be extremely beneficial for most people, but how can writing about personal feelings and experiences affect physical health, as well as possibly mental health? There are four possible reasons, but none prove to be a singular explanation for all of the long-term health benefits.

Emotional catharsis, or the “venting of negative feelings,” is the most unlikely explanation, but can have some involvement. The reason this can’t be the mechanism at work is because “expressive writing results in immediate increase in negative affect rather than immediate relief of emotional tension.” This mechanism involves only venting about emotions, but writing about both the event and the emotions is the most beneficial way to overcome a trauma.

Emotional inhibition and confrontation is unlikely to be the only explanation for improved health. Emotional inhibition involves suppressing “thoughts and feelings about traumatic events [and is a] stressor on the body… associated with increased physiological activity, obsessive thinking or ruminating about the event, and longer-term disease.” To confront a trauma, you need to put it into words through talking or writing about it, which will allow you to better understand what happened, and this should lead to a decrease of overall stress on your body. 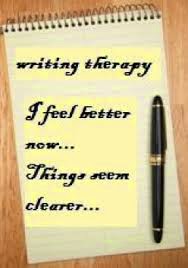 Cognitive processing includes the development of a coherent narrative that helps you reorganize and structure traumatic memories. This helps you better deal and adapt to what happened. Expressive writing allows you to develop a coherent narrative over time, which allows for reflection not only on the incident, but also on how you see yourself in relation to others and the world. An interesting linguistic finding in this study was that, “over the course of writing, participants whose health improved used more positive-emotion words, a moderate number of negative-emotion words and an increased number of ‘cognitive mechanism’ words (the latter include insight words such as understand, realize and causal words such as because, reason).”

Repeated exposure “may involve extinction of negative emotional responses to traumatic memories,” but there are some unclear findings. Though there is some evidence that repeated exposure can be a reason for the health benefits of expressive writing, “many participants benefit from writing regardless of whether they write about the same traumatic experience or different experiences at each writing session.”

Regardless of the reasons for how writing can be therapeutic, there are enough health benefits to just try it. I personally write in a diary daily. For me, going a few days without writing makes me feel a little insane. Everyone has something they keep in inside, something that confuses you or eats away at you. So why not write about it? As Furnham said, “Clearly writing does not work for all. But it’s amazingly cheap and effective. And possibly also non-addictive though there are exceptions to that.”

p.s. Writing is not about grammar, spelling, and pretty sentences. It's about you being authentic on paper (or screen).