"I guess when you're young, you just believe there'll be many people with whom you'll connect with. Later in life, you realize it only happens a few times. " - Celine from Before Sunset (2004)


Everything can be found online. You can shop online, go to school online, read ebooks, share pictures, socialize, and most interestingly – you can meet a potential future mate all on this weird thing we call the internet. About two years ago, I was completely against online dating. I acknowledge that it is a legitimate way that people meet, and many successful relationships have happened as a result. But it just seemed so superficial and unromantic. How can you have a real connection with someone who you didn't meet first through direct eye contact?

The Pew Research Center has found that 1 in 10 American adults have used an online dating site or app. Between 2005-2012, “findings, published in the journal Proceedings of the National Academy of Sciences, put the percentage of married couples that now meet online at almost 35%.” I don’t think anyone has grown up dreaming they would meet their future spouse online. No, we grew up dreaming it would happen like in the movies, or the books, or the fairytales we knew. Maybe it would start by hating that person and then it’d grow into love. Maybe it’d be a good friendship that developed further. Or maybe it’d be some random chance encounter with someone who completely turned your world upside down. We probably all still dream these things even with so many people turning to dating apps. I’m not sure that I’ve ever known anyone who was like, “I definitely want to meet the love of my life online. That’d be so romantic.” It more realistically goes like this, “I’m not having much luck with the real world, so I guess I’ll try this app.”

To me, it just always seemed like the easy way out. No real effort goes into it. And I doubted how genuine a connection could be with someone you haven’t talked to in person first. As it turns out, online dating is becoming just one of the ways we date in the modern world. Someone pointed out to me that online dating is not dating someone online. It's meeting someone online, and then dating that person in real life. But there are some things you should consider if you attempt this new way of dating, or are already trying it out.

In Michele Redmon’s article, “Social Media and the Illusion of Intimacy,” she discusses the dopamine rush when we hear the “ping” of our phone, or see how many likes and comments our posts and pictures got. The concept can be applied to online dating. For sites such as OkCupid and Tinder, there’s a little rush whenever you find out someone you “liked” has also “liked” you back. Ah romance. We have sold our images enough for someone to “like” us. How great. The problem with this little burst of happiness is that it’s not actual real happiness. It’s just a little instant gratification to make you feel good right now. Also, when you like someone online, Redmon points out that you don’t actually like that person, you like “the idea of a person: an idea you probably helped construct,” since you are viewing their profile with your own interpretation. Also, she says, “No matter how honest you feel you're being online, the temptation to project what you think people want is often too great.” 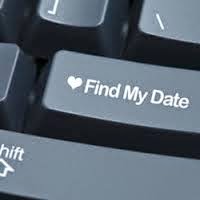 Even so, Redmon says, “It has become more and more normal to ‘meet’ online and carry on relationships (romantic or platonic) wherein physical interaction is minimal or nonexistent.” I don’t think she’s just referring to meeting someone online, because that in itself can have a lot of success. The problem is a relationship revolved solely around technology, which can also happen to couples who met in person. I like to call these the “texting relationships,” because there is a lack of real intimacy, connection, and communication. It’s more of an illusion of a relationship. I know there are long distance couples who have no choice but to use technology, and they can still have a very real connection and a healthy relationship. But relationships can’t be sustained like that forever. They require intimacy, physical touch, and face to face interaction.

Redmon’s concern comes down to this, “We walk around cloaked in the illusion of intimacy. And on some level we must realize it, but we want so badly to believe that it's real, because even with all the followers and likes and Facebook friends we are somehow lonelier than ever.” And this loneliness is what makes online dating so appealing, because maybe on the internet you can also find an end to being alone.

In Maanvi Singh’s article, “Apps Can Speed Through The Search For Love, But Nothing Beats a Real Date,” Benjamin Karney, a social psychologist at UCLA who studies romantic relationships, says that though online dating brings you into contact with a larger pool of potential dates, it means that there are "more duds and creeps." He also says that many people find someone online, and, “Overall, research suggests that couples who meet online tend to be just as happy as those who connected offline.” So there is hope, but there’s also a lot more room for disappointment.

Contrary to what I originally believed, Karney says online dating is not easier than finding someone in real life. The matching algorithms dating apps use are not based on hard science, and he says, “There's no evidence that these apps will find you a better mate than you could find yourself.” Also, studies show that spending a lot of time scrolling through dating profiles doesn’t help people choose better dates, because “Attraction is based on an intangible chemistry - and when you're attracted to someone, research shows that it rarely matters whether the other person shares your political beliefs or [other interests].”

Interestingly, though mostly known as a hook-up site, Tinder might be the best dating app, according to social psychologist Eli Finkel. His reasoning: “You can browse through online profiles till you're blue in the face and still not know if you're compatible... Tinder is an easier way to quickly get face-to-face with someone and figure out if there's chemistry.” And if there isn’t any, then on to the next mutually “liked” person. 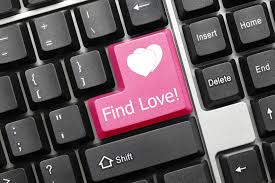 Having so many options to choose from can be a good thing, but Paul Eastwick, assistant professor of human development at the University of Texas, points out that having too many options can make it difficult to choose and commit to one person to go out with. All of a sudden, you can find your Friday night booked with back-to-back dates, which seems like it would be a good thing, except that at some point you have to make a decision. Psychologists call this the ‘paradox of choice,’ which means that the more options you’re given, the less likely you are to be satisfied with the final choice. How can you ever know who is the right choice? What if you skipped over the perfect person for you? (Just some questions to mull over as you online date.) Singh’s friend comments that Tinder is “where monogamists go to die,” because they’re afraid that there is always someone better.

So, is online dating easier than the traditional way? It has definitely made casual dating and hooking up much easier. But as for searching for a deeper connection, Karney says, “the challenges are the same. Online dating has made it easier to date, but it hasn't made it any easier to mate.” A real connection is hard to find no matter where you look, yet no matter how or where you find it, don’t doubt that it can exist. And if you are lucky enough to find it, always appreciate it.

Sources:
More Than a Third of New Marriages Start Online
Online Dating and Relationships
Apps Can Speed Up the Search for Love
Social Media and the Illusion of Intimacy
Posted by J. Iliana Serna
Email ThisBlogThis!Share to TwitterShare to FacebookShare to Pinterest