"One of the best things that ever happened to me is that I'm a woman. That is the way all females should feel." - Marilyn Monroe 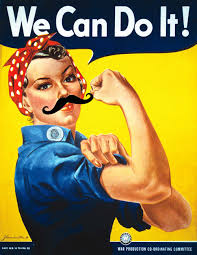 I am a woman, and I love it. I would not want to be a man… ever. I think most women share this opinion. Yet, through the fight for gender equality, it just seems that “equality” has been confused for “the same.” Yes, I want to have equal job opportunities as men, equal pay, equal education, respect, safety, sexual freedom, etc. But I don’t want to do those things the same way men do.

The best most recent example of this comes from the movie, Trainwreck, in which main character Amy seems to be living the feminist dream of equality with men. (Warning: some spoilers) Anne Petersen’s Buzzfeed article comments, “Sure, Amy screws, drinks, and writes like a man, but none of those things actually empowers her, or vaults her to a position of equality, or even makes her feel awesome, or competent, or in control.” I think feminism has done and continues to do amazing things for women globally, but it is not a perfect movement. I think it has hit a lot of confusion when it comes to gender equality.

I appreciate Petersen’s commentary, because she highlights Amy’s actions, but also gives the motivations and insights behind them: “She has a well-paying job, but [her female boss is very misogynistic]. She drinks not because she loves it, but because she’s frightened of the emotions that surface when she doesn’t. She’s promiscuous not because she loves sex, but because she’s internalized her father’s message that emotional unavailability is preferable to rejection.” Amy’s surface level “great” life is miserable in reality. Amy reflects a lot of women of the millennial generation, and older. We want freedom and equality to not only do whatever men can do, but also to do whatever we want to do. We don't want to feel oppressed, dependent, or objectified. We want all of this without being harshly judged or criticized for trying to achieve these goals.

Aside from when it reaches excess, it is largely acceptable for men to drink as much as they want, have as much sex as they want with as many partners as they want. They aren’t considered drunken whores, or promiscuous sluts. They can climb the job ladder by whatever means necessary, while still receiving respect and not being considered a domineering bitch. But here’s the thing, is all that actually desirable? Does all that even make men truly happy? It seems to me something so unfulfilling and empty. Yeah, men aren’t judged like women are, but there is still a cost to all of it. Men with high-paying jobs and in positions of power spend less time with their family, which is something considered only important to women, but it’s important to both sexes. Men who party a lot, who drink a lot, and have a lot of sex may have more fun, but aren’t actually more happy.

As a woman, I want less judgement, because there are a lot of things expected of me, but that doesn’t mean I want to live my life like the stereotypical man does. In an earlier blog, “Real Men Don’t Wear Tight Pants,” I listed what I personally thought made a “real man.” Men have the fear of seeming too feminine, and they don’t want their masculinity questioned. Women are free to be as masculine or feminine as they want without fear of judgement, or at least, not to the amount men would receive.

Women don’t fear being “real women,” because we’ve reached an age of versatility for our gender. But just like I’ve heard throughout my life that there are no more real men, I’ve also heard that there are no more good women. To discover what a real man is, I looked to the men in my life. That wasn’t so easy to do with discovering what a good woman is, because it’s changed so much in the past fifty or so years. Some would argue that only “traditional” women are good, but modernists would argue the opposite. And the women in my life have shared traits of traditional and modern. There is not one true standard.

While compiling my list of what I believe makes a good woman, I came across something very interesting that almost every woman is aware of – the balancing act. Somewhere in between all of these qualities lies a “good woman.” 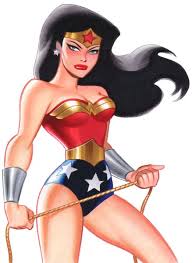 Other Values and Qualities


If a man were writing this list for women, purity and beauty (inner and outer) would probably be up there, because for some reason it's really important to men that women have those particular two qualities. But who cares if a man has purity and inner beauty, right? Being a woman is complicated and not easy. Being a good woman basically makes you Wonder Woman. There is so much expected of us, so many ways for us to fail, and so much we are loved for.

To be quite honest, I don’t care about this list at all. It is not a list I would follow. I want to achieve many of these things, but I wouldn’t choose to have this as a guide for my life, because being a “good woman” is something I find largely unachievable and not something I would aim for. Though most men strive to be "real men," most women don't strive to be "good women."

What’s most important to me is being a good person, living according to my values, and being myself in the healthiest and most beneficial way. Of all the things important to me, how many men I date, how much power I have, or how provocatively or modest I dress are definitely not top priorities. Purity and inner beauty aren't even up there. How much time I spend with my family and friends, how fulfilled I am in my job, how healthy my relationships are – those things are important. I have goals, and they can be the same as men, but I will achieve my goals through my values and not theirs. Though I may not technically strive to be a "good woman," I choose to pursue my goals as a woman would, with strength, love, respect, and dignity.