A Breakdown of Faith

“All the world is made of faith, and trust, and pixie dust.”
― J.M. Barrie, Peter Pan 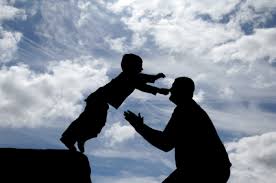 Whenever someone asks me “what is faith?” I always think of two things. The first is an example from a book I read when I was in my teens. A character in the book describes faith like this: When she was a little girl, they had a hole in their kitchen floor that led to the basement. When she looked down into it, it was pitch black. But she heard her father's voice down there telling her to jump. He promised he'd catch her. Faith was when she jumped.

It’s a very charming example, but the word “faith” also reminds me of my crazy philosophy professor from my freshman year of college (are all philosophy teachers crazy?). I remember that he said everyone has faith, and that doesn’t necessarily mean faith in a higher power, religion, etc. He said we have faith that the chairs we are sitting on will hold us up. If we didn’t have faith in our chairs to perform their function, we wouldn’t sit in them. His example always stuck with me, because whenever most people talk about faith, they mean faith in God, which is why so many atheists say they have no faith. But there are many kinds of faith - faith in a person, in believing that everything will work out, in a higher power or things beyond our control. This is the kind of faith I want to address in this post.

One of my biggest pet peeves is when people try to describe faith by simply saying things like, “I just have faith; I just know/believe; Trust that things will work out.” There’s no reasoning behind their faith – it just is what it is. No proof needed. I’m a very rational person. I overthink and overanalyze the heck out of everything. I don’t like taking anything at face value, and I know I’m not the only person like this. If you ask a rational person to have faith in something, no matter who or what it is, they won’t be compelled by the phrase, “Just have faith.”

On my quest to discovering more about this mysterious subject, I found myself falling asleep reading article after article about having faith in God… hope… belief… not needing evidence… blah blah blah. Stuff I’ve heard a million times before, and I wonder if it’s ever convinced anyone of anything. So, I took a different approach – a mathematical equation-like way to explore this weird phenomena.

Through my readings, a few key words kept popping up - trust, confidence, assurance, belief, hope and action. I think a good starting point is with belief, which is interrelated with faith, but not the same thing. On the website New Creeations, Chris Cree gives some very simple and clear definitions of these words, such as belief – “An opinion or judgement in which a person is fully persuaded.”

Belief is founded on evidence and rationality. You believe the sky is blue because you see that it is. You believe that your significant other is faithful, because they have proven their genuine feelings and loyalty to you. You believe because of something, which means that when those circumstances change, your beliefs can change. As a child, you may believe that your parents are superheroes, capable of anything. As you grow older, you learn more about them and then begin to believe that they are human, capable of mistakes. Thus, beliefs are not truth. They are your opinion backed with some kind of evidence. 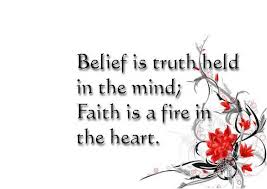 In Rea Nolan Martin’s Huffington Post blog, “Faith and Belief are Not the Same,” she explains that, “Belief is a product of the mind, but… Faith is a product of the spirit.” She argues that, “Real faith is not a statement of beliefs, but a state of being.” She says that though belief comes from certainty, faith is acceptance of uncertainty, and the mind interferes a lot with faith.

Faith is something much deeper than taking a risk without complete certainty. In my Bible Study group, I met a friend who shared a similar experience with me. She had come away from her faith in God and Catholicism, but discovered that the more knowledge she gained about God and her religion, the stronger her faith grew. It was the same with me. When people start questioning and doubting their religion, they lose faith because they believe that doubt cannot coexist with faith. Whenever these people come back to their faith through all the doubt, questioning, and discovery, their faith is so much stronger. Knowledge and evidence increase faith. The more knowledge you have, the more you are certain either that something is true, or something is not true.

Though knowledge increases faith, faith does not come from knowledge or evidence. Belief is based on evidence, but faith goes deeper. Carl Sagan, an atheist and author, said, “Faith is believing in something in the absence of evidence.” One of the definitions Dictionary.com gives for faith is, "belief that is not based on proof.” This sounds like blind faith, which is, “belief without true understanding, perception, or discrimination.” 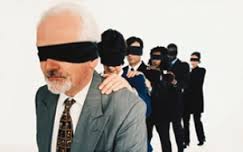 Blind faith reminds me of what a theology professor once explained as folklore faith, meaning you believe anything you hear without looking deeper into it. This is not a strong faith, but it’s the faith we have while growing up. That is why when you’re older and learn more, the faith you once had in things, such as God or your parents, can be easily shaken and broken once you start learning more on your own. Then a new stronger faith develops. You’ll either feel more strongly for or against something, which is why hardcore atheists have a lot of faith – they have faith that God does not exist.

Cree explains it similarly, “Faith = ( Belief + Action + Confidence ).” Time for some definitions that will bring us full circle. Cree defines confidence as, “Trust that is based on knowledge or past experience… Basically confidence is a measure of how firmly we hold to a particular belief.” According to Dictionary.Com, trust is, “firm belief in the reliability, truth, ability, or strength of someone or something.” We’ve already established that belief is an opinion backed with some kind of evidence or experience. Hope is, “a feeling of expectation and desire for a certain thing to happen.; a feeling of trust.” 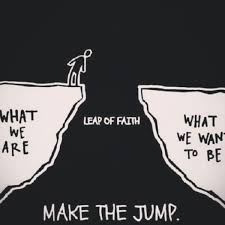 What all these definitions come down to is that faith starts with belief. Then, faith cannot exist without confidence, the strength of that belief. To have that strength, you need trust. Trust is the belief in the truth or reliability of someone or something. Lastly, it all ends with hope. Faith is what happens when you bring belief and hope together with strength and certainty. Imagine cooking – you mix in some experience, some knowledge, even a little doubt, a lot of certainty, and the main ingredient is hope.

To bring in Cree’s last variable to the equation, your faith should produce action. In the cooking analogy, you need action to pour in the ingredients. He says, “Faith includes our beliefs, but it is bigger than that. Faith requires action. If it doesn’t move us to do something or say something – actually take some kind of action – it’s not really faith at all.” Remember the example of the girl jumping through a hole so her dad could catch her? She believed her dad would catch her, because he was probably strong. She trusted him, because he probably hadn't broken many promises. She had enough confidence in him to finally take action and jump. Cree says, “When we believe the truth with enough confidence to take action we exercise faith.”

Sources:
Dictionary.Com - faith, blind faith, trust, hope
The Difference Between Faith and Belief
Faith and Belief are Not the Same
What is Faith?
What Is The Meaning Of Faith, Substance, Hope, Evidence in Hebrew 11:1?
Posted by J. Iliana Serna
Email ThisBlogThis!Share to TwitterShare to FacebookShare to Pinterest