When Your Goals Fade Away

“New Year - a new chapter, new verse, or just the same old story? Ultimately we write it. The choice is ours.” ― Alex Morritt, Impromptu Scribe 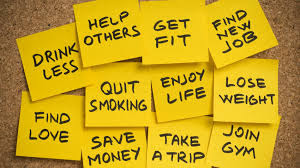 This is probably the first New Year’s of my life that I didn’t make any resolutions. Not only did I not make resolutions, but I didn’t even think about making them. It wasn’t until the day before New Year’s Eve, when I overheard a coworker tell me he wanted to lose 60 pounds for the New Year, that I remembered about resolutions. Though, only 8% of people achieve their resolutions, every year about 45% Americans still make them (Statistic Brain). And we know that we didn’t achieve last year’s goals, if we still remember them, yet we’re still hopeful for this year.

That hope is what I like about New Year’s, because even if just for a little while, we believe in endless possibilities for our future. In an article by Margarita Tartakovsky, M.S., “Why We Make New Year’s Resolutions,” she explains that we like the “allure of starting from scratch.” To us, a new year means a clean slate, even if that isn’t necessarily true. If you really think about it, nothing has really changed except the last digit of the date. She also says, we like the idea of bettering ourselves. Clinial Psychologist John Duffy, Ph.D, says it “gives us time and a goal date to prepare for the change, to fire up for the shifts we plan to make.”

I think the best thing that New Years does is rejuvenate us, maybe not for everyone, but for enough people. We feel like we can leave something behind and just go forward. There’s this new energy and hope that makes us determined to reach our goals. Rejuvenation is important because we have this great and horrible ability to adapt to anything. Whatever was happening last year, whether it was a new job, relationship, or even staying in the same routine as always, you got used to it. But with the start of something new again, now you feel ready to change. You feel rejuvenated. The problem with rejuvenation at the start of the year is that since it is triggered by one date, the farther you get from this particular date, the less rejuvenated you feel. Thus, all that energy and hope that inspired you to start fresh and go achieve your dreams fades away. If you really want your goals to stick, they need to be inspired by something more important than January 1st. Rejuvenation doesn’t just happen with a new year, it is triggered by all sorts of things, usually the start of something, and it is important. Whenever you are feeling drained by life, or lackluster, you need something to keep you going.

For the past two months, I’ve been discouraged and uninspired about my writing. It’s not that I doubted my writing ability, it was that I didn’t feel very supported. Support makes a great deal of difference. The reason that I’m writing today is because I have amazing friends. A few days ago, one of my friends sent me a text with a paragraph from one of my blogs. It was about why I write. The day after, another friend left a comment on my last post telling me that I was a good writer and to keep on doing it. That kind of encouragement is what inspires us to continue on. 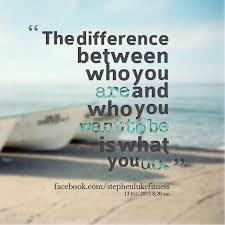 Nona Jordan, a coach who helps female entrepreneurs improve their business, says, “The fact that people keep making resolutions even when they don’t always follow through ultimately means that they have hope and a certain level of belief in their ability to change and be more of who they really want to be.” I love that we have this belief ever year, but to actually accomplish our goals, we need encouragement and support. We need inspiration and energy. We need to feel like we are getting closer to those goals every day. And when we feel unmotivated to go on, we need some help from those who care about us.

Thank you to those who support me. It means so much.

Fun Fact: “Setting New Year’s resolutions is believed to go as far back as Babylonian times. It’s said that Julius Caesar started the tradition of making resolutions on January 1st as a way to honor the Roman mythical god Janus, whose two faces allowed him to look back into the past year and forward to the new year. Romans mostly made morality-based resolutions, such as seeking forgiveness from their enemies.”