Eyes are the Windows 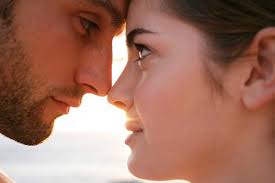 When I was on a date a few weeks ago, my date made a very interesting comment that I thought was completely strange. He said he liked that I made a lot of eye contact. My first thought to this was, “Who the heck do you talk to? Making eye contact is normal and what you’re supposed to do.” But then I remembered another guy I dated a couple of years ago. He had the most trouble looking me in the eye, and I did not trust him. Funny how such a common thing can be an indicator of so much.

Random Eye Contact Fact #1: A comfortable amount of eye contact happens from 30% to 60% of the time during a conversation – more when you are listening, less when you are speaking.

Earlier this year, I wrote about the importance of kissing in relationships (Kissing is Amazing), and I think eye contact is just as important, if not more so. Mandy Len Catron wrote an article for the New York Times about an experiment she tried based off of psychologist Arthur Aron’s experiment. Aron brought various pairs of strangers into a lab and had them both answer 36 questions that became increasingly more intimate and personal. Then, they had to stare into each other’s eyes for four minutes. His goal was to produce love between two complete strangers, and six months after the experiment two participants got married.

Random Eye Contact Fact #2: In any type of relationship, the more eye contact that is exchanged, the closer the relationship. 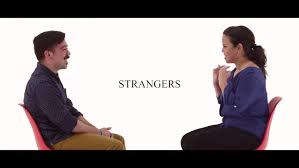 Catron tried the same experiment with an acquaintance. They went to a bar to ask the 36 questions, and she describes forgetting that they were in a public place. But even though they had revealed such personal things about one another, the most intimate part came when they walked outside to a nearby bridge where they stared at each other in silence for four minutes. About that experience, she says, “… I was seeing someone really seeing me. Once I embraced the terror of this realization and gave it time to subside, I arrived somewhere unexpected. I felt brave, and in a state of wonder. Part of that wonder was at my own vulnerability and part was the weird kind of wonder you get from saying a word over and over until it loses its meaning…” And of course, she answers the real question – did they fall in love?

Random Eye Contact Fact #3: Both men and women find dilated pupils subconsciously more attractive, because it signals that the other person finds them attractive. Women used to use the juices from the belladonna plant as eye drops to make their pupils appear bigger so that men would find them more attractive.

Yes they did, but she doesn’t give the experiment all the credit. She says, “But what I like about this study is how it assumes that love is an action… Arthur Aron’s study taught me that it’s possible — simple, even — to generate trust and intimacy, the feelings love needs to thrive.” She explains further that it is common Western thinking that love and fate just happen to us, and we have to wait around for it to happen. This study led them into a more deliberate relationship, where it was more of a choice to be intimate rather than the convenience of a situation or having things in common.

Random Eye Contact Fact #4: We avoid eye contact in elevators and other cramped places as a way to reduce the discomfort of our personal space being invaded.

A similar experiment was conducted in 2010 by Robert Epstein during a presentation that involved about a hundred New Yorkers. His goal was to show that “we could, fairly easily and on demand, increase the love that people feel toward each other—people who are already in love, people who are just friends, and even total strangers.” Four volunteers came to the stage and were paired up and told to gaze into each other’s eyes for two minutes. Before they began gazing, they were asked to rate on a scale of 1-10 what they felt for the other person on terms of liking, loving, closeness and attraction. After the experiment, they were asked to rate it again, and the numbers went up for all four people. Afterward, Epstein asked the entire audience to find someone to gaze at, and then asked if they felt closer to this person. Nearly everyone did.

Epstein explains why this phenomena occurs, and can even happen with total strangers: 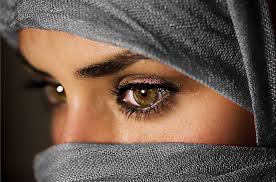 Emotional bonds often get stronger when people feel vulnerable, and this works for two reasons. First, when you see someone who is in a weak and vulnerable state, you often feel like comforting or protecting that person; those tendencies make you feel close to someone, and they often bring you physically closer, too. Second, when you are feeling vulnerable yourself, you might interpret your emotional state as a loving one—especially if someone nearby happens to reach out to comfort you. If two people feel vulnerable simultaneously, these two tendencies can interlock and increase synergistically… The difference between mutual gazing and staring is the consent; people are giving each other permission to invade their privacy in way that is normally quite threatening.

Random Eye Contact Fact #5: When we are sad, ashamed, or looking inward, we avoid contact, which is why Catholic confessionals and psychiatric couches are arranged to attempt to reduce the amount of contact between the priest or therapist and the confessor or patient. It’s easier to open up when we sense but don’t actually see others, and when they don’t or cannot stare at us.

Many studies have shown how bonding eye contact is. The article, “The Look of Love: the role of eye contact in human connection,” explains that it is believed prolonged eye contact releases phenylethylamine, a chemical responsible for feelings of attraction, and oxytocin, the chemical most associated with longer term bonding and commitment. The article also points to an experiment by psychologist Zick Rubin, which “found that couples who were deeply in love after several years looked at each other 75% of the time while talking versus the average 30-60% of the time.” 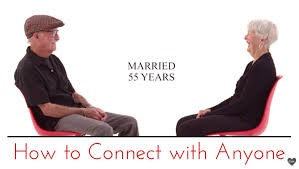 One way that eye contact creates such an intimate bond is created through mirror neurons in our brain. In the article, “Look ‘Em in the Eye: Part I – The Importance of Eye Contact,” Brett and Kate McKay explain that when you are feeling a certain emotion, such as sadness, the same neurons that light up in your brain will also light up in the person who is watching you feel sad. This is empathy. The mirror neurons of the person who is watching you are activated by facial expressions and eye contact. Eye contact helps you to really feel what someone else is feeling, thus creating a bond.

How long you maintain eye contact can even possibly determine “love at first sight,” or rather the likelihood of experience deeper feelings. A study found, “a man who rated a lady attractive held eye contact for about an average of 8.2 seconds, which increased his chances of falling in love at first sight.” When a man held the gaze for about 4.5 seconds, he was uninterested in the woman and/or did not find her attractive. The same study found that women held eye contact for the same amount of time with men they found attractive and ones they didn’t. 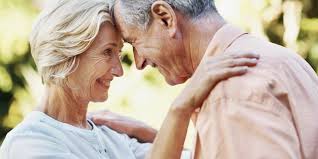 Eyes are the window to the soul and the heart. So much has been studied about them, but the biggest take away for me was from Catron’s New York Time’s article. She found that love is choice, but also acknowledges that you can’t choose who you love or who loves you. There are a few things you can choose, though. You can choose to be vulnerable, to create more intimacy, to show interest, and to form a deeper bond. You can choose to do all this by simply gazing into someone else’s eyes.

p.s. Six couples were asked to stare into each other's eyes for four minutes. It's worth watching: How to Connect With Anyone

Sources:
To Fall in Love With Anyone, Do This
Keeping Love Alive
Love at First Sight
The Look of Love
Fascinating Facts About Eye Contact
Look 'em in the Eye
The Secrets of Eye Contact Revealed
Posted by J. Iliana Serna
Email ThisBlogThis!Share to TwitterShare to FacebookShare to Pinterest