"I Hate Being Ignored"

“To pay attention, this is our endless and proper work.” ― Mary Oliver 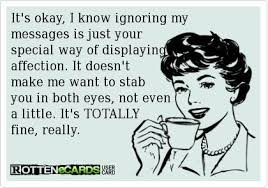 As a girl, I know I’m not alone when I say that I hate to be ignored. I especially hate to be ignored by a guy I’m interested in, but it’s even painful to be ignored by just about anyone else. And when I talk about being ignored, I mean anything ranging from a late text, missed phone call, or to someone who is straight out avoiding me. It hurts and makes me feel crazy. I’ve heard so many other girls who have the same reaction. My best friend can’t stand it when I don’t respond to her text right away. I recently met a girl who was agonized by the fact that her boyfriend never calls her first and takes forever to respond to her texts. This may all seem very dramatic, but we sincerely feel this way.

And the main thing I wondered – Is this just a girl thing, or do guys hate to be ignored too? I honestly didn’t find anything conclusive, but I have some of my own speculations, which I’ll explain later. What I did find was that the pain of being ignored is equivalent to physical pain. In Maslow’s Hierarchy of Needs, Love and Belonging is our third need, after our safety and physiological needs are met. We are social creatures, and the feeling of inclusion is vital to our well-being.

Our need for attention begins as soon as we’re born, which Maia Szalavitz explains in her article “Touching Empathy.” Babies need to be looked at, touched, talked to, and just generally paid attention to in order to develop. Szalavitz says, “Babies who are not held and nuzzled and hugged enough will literally stop growing and – if the situation lasts long enough, even if they are receiving proper nutrition – die.” She further adds that touch can “ease pain, lift depression and even possibly increase the odds that a team will win.” The need for touch and attention begin as soon as we are born, but are carried with us throughout our lives. It is our first development of connection and bonding. 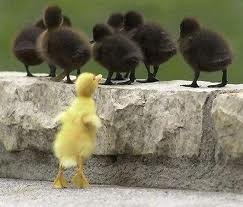 Interestingly enough, connection can be as simple as eye contact, even with strangers, claims the Association of Psychological Science. They say that, “Psychologists already know that humans have to feel connected to each other to be happy.” An experiment was conducted to see how people felt after being acknowledged by a stranger, or ignored. The results? – “People who had gotten eye contact from the research assistant, with or without a smile, felt less disconnected than people who had been looked at as if they weren’t there.” Whenever people were looked through as if they didn’t exist (meaning a look in their direction without eye contact), they at least felt momentarily disconnected from others.

Dr. Stephanie Tobin found how much social media impacted our feeling of belonging. Her researchers conducted two studies to find out how Facebook users feel when they’re postings are ignored. In the first study, one group was asked to actively post on Facebook, while the other group could only observe their friends’ statuses without posting, commenting, or liking anything. After two days of not posting anything, there was a negative impact on the second group's well-being.

In the second study, both groups were allowed to post as much as they wanted, but the second group didn’t know their accounts were programmed to not receive any comments or likes. The participants for both studies were asked about their “feelings of belonging, meaningful existence, self-esteem and control. The results found that, “Both passive and shunned users experienced feelings of exclusion and felt 'invisible' and less important as individuals. Shunned users also experienced lower self-esteem and control. The researchers concluded that active participation on Facebook was key in producing a sense of belonging among social media users.” 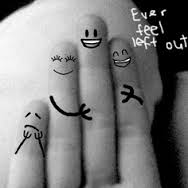 So, clearly, feeling connected is very important to us as human beings, and there are very negative effects when we feel left out or ignored. The impact for this need is found in nearly every daily interaction we experience, including work. In Sandra Robinson studies, she found that in social settings among co-workers,  Feeling left out had more negative impacts than being bullied. This is probably because you're at least receiving attention when someone is being mean to you, even if it's not healthy attention.

Basically, being ignored sucks… like a lot. But why do we experience so much pain when we’re ignored? In Dan Defoe’s article, he says we experience social pain, because of how much we depend on social connections. We have three needs that are essential for our growth and integration, as well as for building social development and personal well-being: “competence (need to feel useful), relatedness (need to feel connected to and cared for by others), and autonomy (need to feel that one’s behavior is your own and what you want to do).” When these needs are met, we “experience an ongoing sense of integrity and well-being.” When they aren’t, then life gets a whole lot more difficult for you, because the things you need to cope with everyday life are lacking, so you’re more likely to “experience alienation, depression, helplessness, and unworthiness.”

We, as people, need attention and need to feel included, but that doesn’t answer my previous question as to whether girls hate being ignored more than guys. From just asking around, common consensus from most girls is that they hate being ignored, whereas guys just don’t like it, but it also depends on their interest level of the girl. For a girl, it doesn’t matter her interest level. Also, I’ve been told that the more insecure a guy is, the more he cares about whether or not he’s ignored by a girl he’s interested in. So perhaps because girls are generally more insecure than guys, then they care much more about being ignored. But this is just speculation. 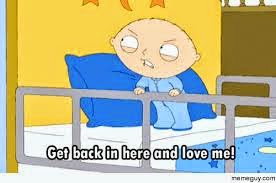 Whether you’re a guy or a girl, I just think that the mature thing to do is be straightforward and honest in a kind and respectful way. It seems that the worst feeling in the world is to be ignored, especially by someone you care about, because it directly relates to how you feel about yourself. Are you not worthy enough to be acknowledged? Can you not be accepted for who you are? If you are just direct and honest, a lot of hurt and confusion can be avoided. You may think that it’s nicer to ignore someone, but from what I found, ignoring someone can hurt just as much, or more so, than someone being mean to you.

Sources:
Being Ignored at Work May be Worse Than Being Bullied
Being Ignored Hurts, Even by a Stranger
Touching Empathy
Ostracism Hurts
Does Facebook Affect Our Sense of Belonging?
Maslow's Hierarchy of Needs
Posted by J. Iliana Serna
Email ThisBlogThis!Share to TwitterShare to FacebookShare to Pinterest