"I Care What People Think About Me"

I have a friend who loves having the approval of others. She is deeply affected by her parent’s opinions of her, cares a lot about her appearance on social media, and just always wants to know she is liked by the people she cares about. She’s the kind of person who will take a picture and ask, “Is this facebook worthy cute?” She baffles me, because she’s such a confident person, who is not easily brought down by negativity, yet she can’t help how much she cares about what others think. 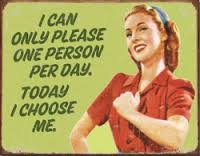 Then I have another friend, who I considered my partner in crime in college. She always seemed to me like she genuinely didn’t care what anyone thought of her. I admired her for that and wanted to be more like her. She wore what she wanted, styled her hair in crazy ways, said and did what she wanted, and always I had the “I don’t give a f***” attitude. She brought me out of my shell a lot, but it turns out that she cares so much about what others think of her. I think that people who try the hardest not to care are the ones who care the most. 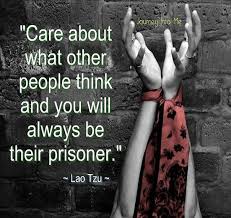 Before we can understand why we care about what others think of us, there’s a few things to know first. CEO of YourCoach, Tom Ferry, explains that there are two types of decision makers – internal and external. Internal decision makers “self-analyze every step, every option, every possible outcome and never talk it through with others... they choose to make their decisions on their own as a way of avoiding being rejected.” External decision makers are considered team players who “constantly seek the opinions of others, asking for their approval… They simply can't move forward without the validation from others.” Both types are affected by either the approval or fear of disapproval of others.

Michael J Formica further explains that we all have an inside and an outside – “Our interior landscape is our subjective experience of our authentic self, while our exterior landscape is a product of our worldview.” We need to balance both to live healthy lives. We need to look inward to truly be ourselves, but also outward to learn about others and the world, and take into consideration the beliefs and opinions of others. Both can be sources of growth, but if you go too inward, you can stop caring about others and the world all together, and if you go too outward, you can care too much.

To go a little deeper, Formica says we have an essential nature and an ego-self. Our essential nature includes our authentic self and values. Our ego-self is the self-image, or social mask, we portray to others, and it is highly influenced by others. It is a false self, “and it thrives on approval.” There are times when the ego-self is appropriate, such as at work or professional settings, but your authentic self is what you should always strive to be.

The ego-self is what finally brings us to where are desire to be accepted, approved of, and validated come from. It is fear based, meaning that we desire these things because we fear being rejected. Our ego-self can change because it is completely dependent on how others see us and want us to be. It’s a lot more frightening to reveal your authentic self because if that person is rejected, it will take a whole lot of effort and time to change who you are, if you can change at all. 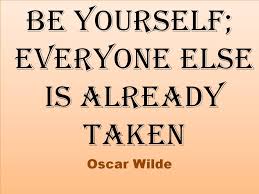 Whether we want to accept it or not, “the desire for validation is one of the strongest motivating forces known to man,” says life coach Jonathan Wells. He says that we all have the need to “establish a physical and emotional sense of security.” Feeling approved of and validated makes us feel secure with ourselves. From birth, we mainly rely on the approval of our parents and other outside people to grow, build self-esteem, and feel sure about our decisions. As we get older, there has to be a shift for this approval to come from ourselves and not others. This shift is not an easy one for many people to make, and can happen at different stages of your life.

The best example I can think of as someone who learned to care more about his self-approval is my dad. He actually called me as I was researching this topic. When I told him I was writing about why we care what others think of us, his response was, “Who’s we? I don’t care what people think. It should be why some people care.” I laughed, because my dad is among the most confident and self-assuring people I know, but I know that even he seeks approval from others sometimes. I admire that my dad started his own business twice, even though the first time was a failure, and he had a lot of criticism about trying again. He didn’t let that get to him. He cared more about what he wanted, his dreams and goals, rather than the opinions of others. He told me once that even if no one supported him, he’d still try running his own business because it has always been his dream. Having support would make it easier, but not having it wouldn’t stop him.

But then I remember the story of when he first started dating his wife. She didn’t want to be with a guy who had tattoos, was gang affiliated, or drank a lot. My dad has a past, so he fell into this category as a teenager, but left that lifestyle. So, while trying to impress her and seeking her approval, he said he didn’t have any tattoos. He had twelve tattoos at the time. He lied because he cared about what she would think of him. He didn't want her to judge him as a bad guy just because of something superficial, because he was and is a great guy. We are all susceptible to others opinions of us at certain times. 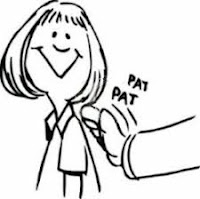 I think that caring about what other people think can be healthy, such as at times when you may be making bad decisions. You need the disapproval of others to lead you back in the right direction. Also, positive approval from an employer or friend can be good motivation to let you know that you are doing a good job. But, you shouldn’t just rely on what others think or say. Wells says, “If we remain dependent on external factors to feel approved of, then we will always be emotionally vulnerable. Our self-esteem would be in the hands of things that we have very little control over.”

Ferry explains, “Approval from others gives us a higher sense of self-esteem. We’re convinced that their recognition matters to our self-worth and how deeply we value ourselves.” The truth is that the path to finding self-happiness starts with self-approval, which comes from self-acceptance. If you can’t accept yourself, it won’t matter if anyone else accepts you. Wells says, “When you disapprove of yourself, all the external approval in the world cannot make up for it.” In my own life, I’ve cared a lot about what my family thinks of me. I’ve always been considered “the good one” and “the smart one.” To lose that reputation would have devastated me. But then I discovered that there were things I wanted to do, fun things, freeing things, that I didn’t feel bad doing. Some of my family members disapproved of my new lifestyle choices, but I knew that I approved of my choices and decisions, that they made me feel more free, happy, and independent, and that matters more.

You know it’s a problem when you care too much about the opinions of others if it is limiting your own happiness. I would suggest making a list of the things you want, and the way you want to be. Then write down what people would think or say if you did these things or acted that way. Then it’s up to you to determine what’s more important, the fear of being judged, or the potential happiness of being your genuine self. 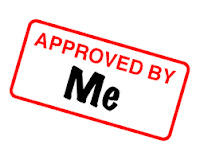 p.s. If you want some help not caring so much about what other think, Life Hack is here for the rescue: 10 Clear Reasons Why You Shouldn't Care What Others Think