Not Thinking Less of Yourself 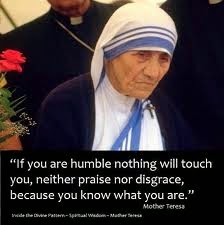 There are some people in my life who I absolutely love because of their ability to raise up others around them. They are encouraging and supportive, and full of love for other people, but not quite enough for themselves. Instead, they often practice a form of self-loathing in which they put themselves down as they bring others up. I can’t believe this is humility in its truest form, so I examined Catholic and Christian beliefs on the virtue of humbleness. If you don’t identify with either of these religions, or are not religious at all, please keep an open mind, because much can be learned from learning about different belief systems.

In a course I took in which I studied Dante’s The Divine Comedy with Dr. Diana Glyer, we learned a lot about sin and virtue. In one class, we extensively discussed the faults of being on one extreme as opposed to the other. For example, the opposite of pride is humility, but it is bad to be too prideful and equally bad to be too humble. Instead, there should be a healthy middle ground in which you can find a balance. Don’t practice total self-love (pride), nor should you practice total self-loathing, which is a form of pride. Humility is found in the middle.

When my class read Purgatorio, we learned that Dante (who was Catholic) put the sin of Pride at the bottom of the mountain. It’s the first sin everyone must conquer before they can climb the mountain. He believed that pride is the foundation of every sin. Alternatively, many Catholics believe that humility is the foundation for spiritual virtues – of course after faith. Thus, practicing humility is a gateway to practicing all other virtues.

Here is a brief overview of Christian and Catholic perspectives on humility:

"And [Jesus] called a child to Himself and set him before them, and said, "Truly I say to you, unless you are converted and become like children, you shall not enter the kingdom of heaven. Whoever then humbles himself as this child, he is the greatest in the kingdom of heaven." (NAS, Matthew 18:2-4)

There are enough verses in the Bible to teach about the downfalls of pride and the greatness of humility. On the Christian Bible Reference Site, I found brief descriptions about humility in accordance with Scripture. Christians believe, “Humility or humbleness is a quality of being courteously respectful of others. It is the opposite of aggressiveness, arrogance, boastfulness, and vanity.” So, humility is the opposite of pride, as noted earlier.

I know enough Christians who lower themselves in order to try to practice being humble, yet according to this site, “Acting with humility does not in any way deny our own self worth. Rather, it affirms the inherent worth of all persons.” Mark 12:31 says the second greatest commandment is to “Love your neighbor as yourself” (NIV), but I think many people forget the “love yourself” part.

Lastly, the site says, “Humility means putting God and other persons ahead of our own selfish interests.” Putting others before yourself comes from love, and is truly a noble thing to strive for. But, this doesn’t mean you should put yourself down to put others ahead.

Catholics have a much more established and elaborate structure for virtues and sins. Their views on humility are based on the same Scriptures and beliefs as Christians, but still have major differences. All of my references for this section come from New Advent’s Catholic Encyclopedia.

Catholics have four Cardinal Virtues: Prudence, Justice, Fortitude, and Temperance. Temperance is the moderation of all desires and appetites, and this is where the virtue of humility is found. Humility is a secondary virtue, but is still the “first virtue inasmuch as it removes the obstacles to faith — per modum removens prohibens, as St. Thomas says. It removes pride and makes a man subject to and a fit recipient of grace, according to the words of St. James: "God resisteth the proud, and giveth his grace to the humble" (James 4:6).” This is in accordance with Dante’s mountain of Purgatory. Once pride is eliminated, it is easier to conquer all other sins, but humility must be practiced in order to conquer pride.

Humility is defined in several ways by different people:

Humus (Latin): “the earth which is beneath us” – according to St. Thomas

St. Thomas: “The virtue of humility… consists in keeping oneself within one's own bounds, not reaching out to things above one, but submitting to one's superior.”

St. Bernard: “A virtue by which a man knowing himself as he truly is, abases himself.”

Humility in a higher and ethical sense: “that by which a man has a modest estimate of his own worth, and submits himself to others.”

Humility as a virtue: “A quality by which a person considering his own defects has a lowly opinion of himself and willingly submits himself to God and to others for God's sake.”

According to these definitions, humility seems to be about submission to superiors and/or God’s will, and lowering one’s self. Thinking little of yourself doesn’t seem very healthy to me, but the Catholic Encyclopedia also has something to say about the misconception of humility.

Humility does not require us to think our gifts and graces of God are less than the gifts and graces of others. We each have our own good qualities that we should acknowledge and appreciate, either as a gift from God, or a natural talent within yourself. We can often see faults in ourselves that we don’t see in others, as well as gifts others have that we don’t. The important thing is to know that we each have our own great qualities and shortcomings. Seeing the good in others doesn’t mean you have to see the bad within yourself.  See the good within yourself as well, because I’m sure others see it in you. 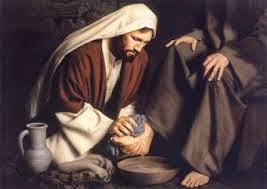 St. Thomas says, “It is then not humility but folly to embrace any and every humiliation: but when virtue calls for a thing to be done it belongs to humility not to shrink from doing it.” In other words, being humble does not mean finding every fault within yourself. It means that you should never think too highly of yourself. Find all of your great qualities and know that none of them make you too good to do a good thing. That is true humbleness.