How Will You Adapt to This New World?

“It is not a failure to readjust my sails to fit the waters I find myself in.”― Mackenzi Lee, The Lady's Guide to Petticoats and Piracy 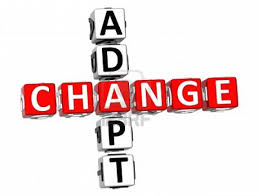 A little over a week ago I got news about the job that I was supposed to start mid-March. The start date, which had been moved for the third time to May 18, was being moved to possibly July, but they couldn’t guarantee anything. Considering that I became depressed for a time because of my joblessness, this news was yet again depressing, but I was determined to be proactive.

I outlined the plan for my life, scheduling writing time and siestas, as well as setting aside time to look for a new job. This was just another adjustment brought on by the coronavirus, but this time I planned to be prepared.

Nearly a week went by as I accepted my new way of life when I got another call. I will in fact start May 18. Though incredibly grateful, my instant reaction was “I just figured out my life! Now I have to refigure it out!” I, like many people affected by this crisis, have been jobless for two months. Though it’s had its rough patches, I have for the most part flourished without a job. Now I must prepare to go to back to work.

This rollercoaster of a week, along with seeing how adjusted my little sister is now, as well as others around me, got me to thinking how incredibly adaptive people are. Proof of our ability to adapt is the fact that a Dutch restaurant now serves customers in a glass cabin big enough for three people. Also, clubs have moved to online with live videos and people are able to join in. It’s amazing to me that though the world has seemed to come to a stop, we still find a way to keep living.

Though humans find ways to be adaptive and resilient, our brains are hardwired to resist change. Santosh Kesari, MD, PhD, explains that when we’re born, “We’re figuring out positive and negative behaviors, what is good for survival and avoiding consequences that would cause even short-term pain.” Nicole Spector simplifies in her article, “How to train your brain to accept change, according to neuroscience,” that, “Essentially our brains learn what works and what doesn’t early on… the brain gets used to doing certain things in a certain way so that over time, introducing new behavioral modes becomes challenging.”

Our brains crave routine, mostly because it conserves energy that way. In “This is Your Brain OnChange,” Jordan Rickard says, “To help conserve energy, the brain has learned to hardwire repeated behaviors so they become automatic, rather than making the brain “work” to complete them, which would use up precious energy.” This is why learning new skills is a great brain workout, but is also very exhausting. Interesting enough, when we experience something new, the brain tries to assess if it is threat or not. To dissuade us from trying a new behavior, it releases noxious neurochemicals. 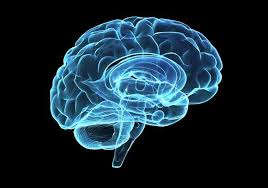 To our brains, routine and what we already know is good and safe. Unpredictability and the unknown are bad and scary. I think that when this pandemic started, there was a lot more fear going around because we didn’t know how deadly it would be in our own communities, to ourselves, and how people would react to it. I remember when my dad heard about rioting and looting who knows where, he gave me a back-up plan to stay at my uncle’s for protection.

Now that the dust has been settling, and we are slowly trying to get society moving again, people have been learning to adapt. Some better than others. In “Why 1in 3 People Adapt to Change More Successfully,” Nick Tasler gives an account of a twelve year study starting in the 1970’s that revolves around a dismantled phone company. The study followed hundreds of employees from before and after the dismantling. When the phone company split into several companies, half of the people the study followed was laid off while the other half stayed on.

The study followed both groups for the next six years. They found, “The majority of people—whether they kept their jobs or lost their jobs—were brought to their knees by the change. There were divorces, strokes, cancers, suicides, kidney failures, heart attacks, alcoholism, drug addictions, and compulsive gambling.” However a third of the participants thrived.  Tasler says, “Those who stayed on at Illinois Bell became high-ranking leaders in the changed organization. Those who were laid off became shooting stars at their new companies.”

The third of participants who thrived were no different than everyone else, except for this: “While everyone else tried to bounce back, the adaptive third took a step forward.” The ones who didn’t thrive felt lost and wanted to back track to the “good ‘ole days” when things made more sense to them. Tasler says, “When the researchers asked the employees about their plans for the future… their image of the future looked eerily similar to the past. They wanted to “bounce back” to a place that no longer existed.”

When things have gone wrong, looking to the past is a very common experience. Roxane Cohen Silver “discovered that two out of three grieving widows, bereaved parents, and victims of terrorism, child abuse, and natural disasters, will instinctively look for meaning in the past. They try to find some explanation for their suffering.” However, multiple studies led her to discover that, “one out of three trauma victims will not search for a reason to explain why they are experiencing misfortune. And it is this one third who turn out to be the most well-adjusted—weeks, months, and years later.” In other words, the ones who look to the future instead of the past are the ones who thrive.

With the study that followed the phone company employees, researchers learned that the one third who adapted well to the change also asked themselves what the change meant. The difference is that, “rather than trying to make sense of what they had done to deserve this experience, they tried to make sense of what they could do now that it had occurred.” Tasler says, “That might be the single greatest lesson of adaptation. Instead of asking why bad things happen to good people, adaptive people turn that timeless riddle on its head and ask what can good people do when bad things happen?”

So then the next question becomes can you learn to adapt better to this new experience? But I think the question to answer first is how adaptable are you right now? The Center for Creative Leadership asks, “How do you respond when facing change? Do you:” 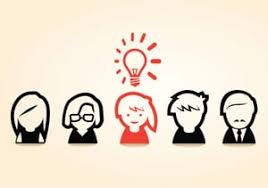 F. Diane Barth L.C.S.W. explains in her article “How Well Adapted Are You?”, “Adaptability in its most basic form is “the ability to adjust to different conditions.”” She says the trick to adaptability is not to be fluid and ever changing to every new person and situation. “Adaptability does not mean giving up all that you hold dear. In fact, sometimes being overly flexible can create problems,” says Barth.

Instead, the most important component of adaptability is, “the ability to change, when it would be useful, and to maintain a sense of stability about yourself at the same time.” I think that in today’s world, this is like a person who is into fitness finding creative ways to workout at home. Fitness is part of who they are, so an adaptable fit person wouldn’t let the closure of gyms keep them from their lifestyle. However, a person who is not good at adapting will either revolt against gym closures (seeking the old way of life), or stop working out.

Barth says, “Adaptability, then, is not a matter of ignoring your own feelings, needs, beliefs, or thoughts and pushing through no matter what. It’s a process of interacting with changes – in your life, in the world around you, and even in yourself – with a mixture of compassion, understanding, and curiosity.”

For my own situation, that start date for my new job has been moving around for two months. It’s definitely kept me on my toes, because at first, I didn’t expect to be out of work for so long. When the start date initially got pushed back two weeks, I thought I would have a leisurely three week vacation with plenty of time for writing. When it got pushed back a second time, I wondered what I would do with my life for a month. By the third time and fourth time, I despaired and struggled with depression. And now that I’m supposed to start work in a week, I’m worried and confused for entirely new reasons.

This is not something I had any control over. All I could do was file for unemployment, and look for a new job in this dire job market. I couldn’t just push through to make everything work my way. I had to have understanding and compassion that the company I’m about to work for is facing its own challenges. Everyone is affected by what’s happening. So, I’ve been trying to adapt. And when I finally start this job, I’ll have to learn to adapt again. It’s been an interesting two months.

Which now leads me to how does one learn to adapt? The Center for Creative Leadership says “If you want to improve your responses to change in the future… you need to practice the 3 components of adaptability: cognitive flexibility, emotional flexibility and dispositional flexibility.”


What does this look like in practicality? There’s a lot of advice on the subject, but I’ll share my favorite ones: 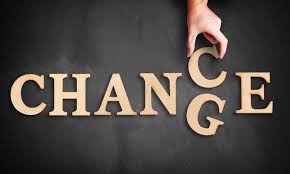 Staying at home without a job for two months has definitely been a bumpy ride. During this time some are thriving, and some aren’t. What’s most uplifting about adaptability is that you can choose to do it. It is a choice.

Every time my start date got pushed back and I was faced with unknown weeks with nothing to do, I made the choice to focus on self-improvement. I’ve experimented with home remedies for random small ailments. I’ve kept my brain stimulated by practicing Spanish, reading, and writing. I’ve added healthy new habits that I hope to keep when I start working, like working out regularly and drinking green tea every day when I wake up. Above all, I’ve taken this as an opportunity to focus on my writing life.

People have been calling this our “new normal.” There are many who want to get back to our old normal, but there are others who see the good changes that have been made, such as in pollution reduction. I even read recently that dating has changed and forced people to slow down and get to know each other before moving on to physical intimacy. Many advocates are calling for permanent changes to our healthcare system. Here in California, we see that as an opportunity to reform our jail systems and homeless situation.

We can fight to go back to what was normal, but is that the best thing moving forward? I think about those men in that phone company that instead of looking to the past decided to look to the future. They decided to take this drastic change to their lives and turn it into a great opportunity. What will you do with this change?


Sources:
Dutch restaurant trials glass booths for dining amid coronavirus
Adapting to Change Requires Flexibility
14 Signs of an Adaptable Person
How Well Adapted Are You?
Why 1 in 3 Adapt to Change More Successfully
5 Habits That Let Emotionally Intelligent People Adapt to Anything
How to Train Your Brain to Accept Change
This is Your Brain on Change
5 Ways to Adapt to Change in Life