The Darkness of Compassion

“Be kind, for everyone you meet is fighting a harder battle.” - Plato

The season of Lent has officially begun, and very coincidentally I went to a Bible study meeting for the first time in probably a year. I was invited by a friend and was very unaware that Ash Wednesday had just passed. I’m a bad religious person, I know, but not the point. My friend told me she gave up gummy bears. Very tough for her honestly. After the meeting was over, my friend wanted to get frozen yogurt, but was very upset about not being able to put gummy bears in it. Giving up something, no matter how big or small, just seems very hard. It’s like people are being asked to mildly suffer for the next forty days, which I guess is one of the points of Lent. 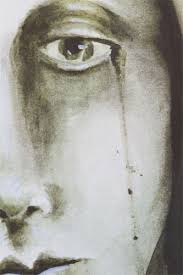 During the Bible study, we talked about the temptation of Christ in the wilderness, Matthew 4:1-11. For those unfamiliar, Jesus fasted in the wilderness for forty days and forty nights, and then was tempted by the devil. Our discussion focused on temptation, which was what I thought I was going to write about today, but there’s been something popping up in my head all week – suffering.

When I read those eleven verses, in the back of my mind I kept thinking about how much Jesus must have suffered. Verse 2 says he was hungry. My translation: He was in pain. One of the facilitators said he was tempted by Satan after the forty days, because he was at his most vulnerable. Again I thought, he’s been suffering in the wilderness for forty days, living alone, and without food, and experiencing who knows what else.

But to be honest, this bible study discussion isn’t what got me thinking about suffering, it was a cartoon show. In the final season of The Legend of Korra series, the creators of the show broke the main character. They broke her spirit, her will to fight, and greatly damaged her body for a long time. But she says something very beautiful in the last episode: “I know I was in a pretty dark place… But I finally understand why I had to go through all that. I needed to understand what true suffering was so I could be more compassionate to others…”

After watching this episode, I guess the idea of suffering was already on my mind when I went to that Bible study. But I didn’t decide to write about it until my uncle started talking to me about my grandma (my dad’s mom). She died from Alzheimer’s in 2006, so I never got to really know her because the disease had already taken so much of her. So, everything I know of her is from the stories I hear, and they are all beautiful and some are very tragic.

My family tells me she was incredibly compassionate and selfless. She always put others before herself, and did many things to help others. My uncle told me that when she lived in Mexico, she would walk a very far distance to the city to go from church to church asking for donations of clothes and food, so that she could give them to the children she taught. My uncles and aunt praise her greatly, and say that whenever they talk to anyone who knew her, everyone has only good things to say about her.

There are stories upon stories about her kindness and generosity, but there are also stories about her suffering. She was an only child and lost her mom at a young age. Since her dad went to America to work, she moved with different family members a lot, and lived a very difficult life. She got married and had six children, but was treated very badly by her husband. Her life from what I hear just seems so hard and sad, yet she loved her children, remained a caring and compassionate person, and was adored by all who knew her.

And I guess that’s what struck me – what suffering does to people. It can either lead someone to be a heartless miserable person, or incredibly compassionate and loving. In an article from Greater Good: The Science of a Meaningful Life, compassion is defined as “to suffer together.” The author goes on to describe that “when we feel compassion, our heart rate slows down… and regions of the brain linked to empathy, caregiving, and feelings of pleasure light up, which often results in our wanting to approach and care for other people.” The Association for Psychological Science says that when an infant or adult see someone else suffering, their first instinct is to help. This instinct is also found in animals.

Even though it is a natural instinct to be compassionate, it doesn’t seem to come so natural to some people. Yet there are others, such as my grandma, where it seems as though it’s the only way they can be. And for some reason, living a life full of hardships and suffering is linked to the most compassionate people.

One such popular figure is Mother Teresa. In David Van Biema’s article, “Her Agony,” he discusses the letters that surfaced ten years after Mother Teresa’s death. She wrote these to members of clergy, and some are even addressed to Jesus that are meant for own purposes of coping with her “state of deep and abiding spiritual pain.” Though she accomplished so much, and was said to have had such a strong spiritual connection with Christ, she felt lonely and forsaken by God for “the last nearly half century of her life.” Yet, in public, she was known to always display a smile, and was considered one of the most humble and faithful servants of God, always doing His work. In an undated letter to Jesus, she said:

“Lord, my God, who am I that You should forsake me? The Child of your Love - and now become as the most hated one - the one - You have thrown away as unwanted - unloved... Where is my Faith - even deep down right in there is nothing, but emptiness and darkness - My God - how painful is this unknown pain - I have no Faith - I dare not utter the words and thoughts that crowd in my heart - and make me suffer untold agony... I am told God loves me - and yet the reality of darkness and coldness and emptiness is so great that nothing touches my soul.”

Her “darkness,” as she called it, lasted for ten years until she finally met Rev. Joseph Neuner in the late 1950s, a well-known theologian. When she confided in him about the “darkness,” he told her three things: “that there was no human remedy for it (that is, she should not feel responsible for affecting it); that feeling Jesus is not the only proof of his being there, and her very craving for God was a “sure sign” of his “hidden presence” in her life; and that the absence was in fact part of the “spiritual side” of her work for Jesus.”

His words made a lot of sense to her, and though the “darkness” didn’t leave her, she accepted it as part of her spiritual burden for Christ. The reason this made sense to her was because in 1951, she wrote that the Passion (Christ’s death on the cross and the events leading up to it) was the only aspect of Jesus’ life she wanted to share: “I want to... drink ONLY from His chalice of pain.” Many people believe her secret suffering was a contributor to her great accomplishments. Despite her pain, she always remained faithful, and would write to Jesus, “Your happiness is all I want.” 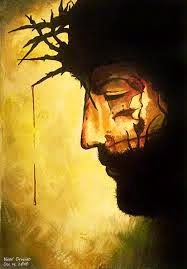 Her life is a reminder of all the suffering Jesus had to experience. For him, it was a choice, and he knowingly chose to suffer. He experienced hunger and temptation in the wilderness, he was ridiculed by many throughout his ministry, and his death (or Passion) is the epitome of his suffering. He could’ve chosen differently, but his choice came from love. I don’t know many people who would willing choose to suffer, but I do know people who have come out stronger, happier, and more compassionate because of their trauma and pain.

Needless to say, pain is difficult, and obviously it hurts. It can be incredibly difficult to overcome. It’s hardly ever a choice, and more a result of our choices or someone else’s. And it’s something that we can never escape. Van Biema writes that there are two responses to trauma: “to hold onto it in all its vividness and remain its captive, or without necessarily “conquering” it, to gradually integrate it into the day-by-day.” I think that those who hold onto pain and are captives of it, are the ones who end up bitter and cold-hearted. Then there are the few who “conquer” their pain, and come out stronger and better for it. But the most compassionate, the most loving and vulnerable, are the ones who never truly overcome it, but instead learn to live with it daily.

p.s. this was in the "Her Agony" article (just a little something extra):
"The tendency in our spiritual life but also in our more general attitude toward love is that our feelings are all that is going on," he says. "And so to us that totality of love is what we feel. But to really love someone requires commitment, fidelity and vulnerability." - Rev. Brian Kolodiejchuk, editor and compiler of Mother Teresa: Come Be My Light

Sources:
Matthew 4:1-11
"Her Agony" by David Van Biema
The Legend of Korra: "The Last Stand"
What is Compassion?
The Compassionate Species
When Empathy Hurts, Compassion Can Heal
The Compassionate Mind
Posted by J. Iliana Serna
Email ThisBlogThis!Share to TwitterShare to FacebookShare to Pinterest