Thinking Too Much Drives Me Crazy

“I’m tired of being inside my head. I want to live out here, with you.” - Colleen McCarty

I love to think. It’s one of my favorite pastimes. I love analyzing, contemplating, and being reflective. It’s a quality my friends are thankful that I have, because they find it helpful whenever they come to me with a problem. My habit of thinking a lot has led me to very certain and clear beliefs about various things. I’m not the kind of person who simply believes something because I heard it. I like fact-checking. 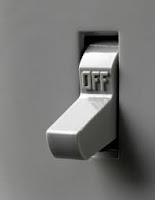 Of course, the downside to this is that I overthink. Even though my ability to analyze and come to rational conclusions is something I really like about myself, it’s also one of my worst qualities. Like anything, there is always such as a thing as too much. When I think too much, I get anxious, worry about things I normally wouldn’t, stress out, become insecure, doubtful, and even depressed. When I start that spiral of allowing my thoughts to consume me, I don’t know how to stop it. Sometimes, it’s so overwhelming, that I just wish there was an off switch. Yet, I still hate it when anyone tells me to “not think so much.” I can’t just stop it.

Upon some investigation, there is a whole lot of evidence of why it’s bad to think too much. One author, Amit Amin on Happier Human, goes as far to say that overthinking is poison, and he has good evidence for his claim. He says, “Ruminating and venting isn’t processing. It’s pouring fuel on the fire. Most problems have causes which no amount of reflection will uncover… overthinking was designed by evolution to trigger depression and abandonment, not effective problem solving.” I don’t agree with all of his points, but I’ll address a few a little more in depth.

Amin says that overthinking doesn’t help us problem-solve, and a lot of other people back this up. In the article, “Too much thinking can be a bad thing,” the author explains that our prefrontal cortex lights up as we process complex information. However, as more complex information comes in, the activity just stops. This means that our ability to make a decision is halted or defective just because of too much information or thinking too much about it. For example, when you go to In-N-Out and have three choices (unless you know about that not so secret menu), you can quickly pick one and go about your meal satisfied. But when you go to a restaurant and have twenty options, it’s difficult to choose, and when you finally decide, you may have wished you had chosen differently.

When your decision about something is more important, like about what career you should pursue, the added fear will often cause us to “shut down” and not make any decision, or make a decision based on habit (like staying in the job you’re already in). I, and many people I know, have been caught in that critical time of your life when you’re supposed to pick a career and there are “too many options,” so how are you supposed to choose? So, we think and think and think about it, trying to make pro and con lists, and end up becoming too overwhelmed to come to a conclusion. As Amin says, “Your prefrontal cortex is a genuis, able to analyze problems involving hundreds of variables. The part of your brain responsible for overthinking is an idiot.”

Amin says that another way overthinking leads to no action is because it saps motivation. He gives the example that women who often ruminate over their problems experience more distress when discovering a potential health symptom, such as a lump on the breast, which leads to a delay in seeking a diagnosis. The more they think about it, the more pessimistic and avoidant they become. It becomes too much in their minds to deal with, so they’d rather try to ignore it, which doesn’t work and only increases worry. “Overthinkers take 2 months longer than non-overthinkers to seek medical attention once they detect a lump on the breast," he says. Though overthinking isn’t an exclusive women problem, it is more prevalent in women.

There’s actually a lot of other reasons overthinking is bad for your mental health, but I think you get the picture. So, how do you turn off your thoughts when they’re running a million miles per hour on negativity? Are you supposed to just stop them, or try to think more positively? There’s a few things I’ve learned that can help. The number one thing being tossed out by various sources is meditation. Another was to just take action, which may be easier said than done. Telling yourself out loud, "Just do, don't think," can be helpful. 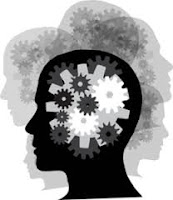 The most important thing to be aware of is that overthinking is a habit. Habits can be changed, but require work to change them. WikiHow surprisingly offered the best advice I found on how to manage your overthinking. You can click on the link here to learn what you can do, because I’m not a fan of “how to” things. I will offer this though – I like that I overthink, as I mentioned earlier. But I’m aware that it is harmful to my mental health sometimes. Most of the time, my ability to overanalyze and rationalize helps me come to good decisions. Other times, it drives me so crazy and makes me incredibly anxious and sad.

I’m not going to tell you to stop thinking so much, because I hate being told that and I don’t find it at all helpful. I will tell you that venting can be incredibly helpful, when done to the right person, or even in writing. Letting the thoughts out of your mind can relieve a lot of stress. You can choose the best way for you to do this, whether it’s exercising, talking about it, dancing, or even laughing with friends. Keeping it in and pushing it down will not make it go away. Drinking, suppressing, ignoring the problem may seem like a temporary solution, but it just lets the thoughts build up until they explode or find other unhealthy ways to come out.

One last thing I’ll offer is this – when your thoughts make you feel crazy, find someone or something that makes you feel sane. I have a good friend who helps me with that. He’s a deep thinker like me, but never seems to overthink. He’s wise, and struggles with depression, but still brings a lot of happiness to others. Most importantly, I respect his mind enough to believe him when he tells me something. Whenever I tell him I feel crazy, he tells me I’m not, and I believe him. Then those negative thoughts, worries, and anxieties rushing a million miles per hour slow down until my head feels at peace.

“We cannot solve our problems with the same thinking we used when we created them.” - Albert Einstein

Sources:
Stop Overthinking Negative Experiences
Are You an Overthinker? You've Been Poisoned
Too Much Thinking Can Be A Bad Thing
How To Stop Thinking So Much