The Courage to Overcome Fear

It’s my 100th post (on a technicality, because I’ve posted a few posts twice – full and condensed versions). Still counts to me. Though I have a list of topics to write about, I wasn’t quite sure what to write about for my 100th post. Recent events and where I’m at in my life right now have inspired an idea. I once wrote about fear, and explained that fear shouldn’t hold you back. Now, I want to discuss courage and how it can push you forward. I read a few different definitions of courage, but my favorite came from the article, “The Difference Between Courage and Bravery.” It says, “Bravery is the ability to confront pain, danger or attempts of intimidation without any feeling of fear.” However, “Courage… is the ability to undertake an overwhelming difficulty or pain despite the eminent and unavoidable presence of fear.” To be brave is similar to be without fear. To have courage is to overcome fear. 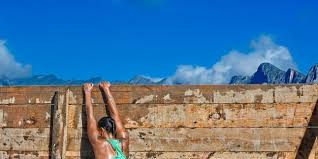 After reading this article, I was very hopeful, because I’m a person with many fears. To me, courage is more respectable than bravery, but both are admirable. Right now, as a twenty-something, my life has been in a state of transition since I graduated from college two years ago. My biggest fear is to be stuck – not to fall back, but to stay where I am forever. I used to be afraid of making mistakes, but I’ve been learning to grow past that. Mistakes are a part of life, and now my bigger fear is to not take risks. It’s been my biggest obstacle since I’ve graduated.

When I first graduated, I wanted to find jobs that involved writing or editing. I was very fearful, though. I was afraid of being told by professionals, people with a higher authority on writing than I have, that my writing is bad or inadequate. I was afraid of failing at the one thing that I’ve always had a passion for. It’s terrifying, because then what else would I have? So, I gave up, really before I even tried. I changed course to something safer. Something I wasn’t so passionate about, so if I failed, it wouldn’t be such a loss. I don’t want to be afraid of risks anymore, but I’m still not sure I have the courage to really try.

Courage takes many forms, and Melanie Greenberg, Ph.D, says that it has six attributes:


Many of these forms of courage overlap, but at their source is the fear of something – of loss, failure, ridicule, pain, the unknown.

Since I graduated, I’ve been wanting to go back to school. I love school. I flourish there. I don’t feel equipped for the real world. It’s scary, and there are so many unknown variables that freak me out. Also, while I was depressed, I was convinced that going back to school would make happy. So, I applied to Cal State Long Beach’s MFT program, and I was offered an interview. I bombed that interview. Bad. And a month ago I got a rejection email. 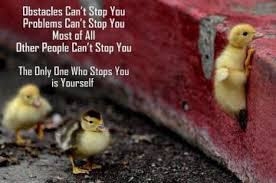 I coach middle school students, and like to take the opportunity wherever I can to share with them my infinite wisdom about life (maybe somewhat infinite). It just so happened I received the email right before practice. So, I told them all that whenever you get rejected or face a setback, there are three ways you can handle it: you can think something is wrong with you and that you’re a failure; you can accept that it wasn’t the right path or thing for you and try something else; or you can try again and again and again. Obviously, one of those answers is not the correct way to deal with anything.

I didn’t realize it at the time, but one of those answers is cowardly, one is brave, and one is courageous. In that same article about courage mentioned earlier, it also says, “The essence of courage is not the feeling of being certainly capable of overcoming what’s one is faced with, but rather is the willful choice to fight regardless of the consequences.” It takes courage to do something that is not easy to do, something you could fail at, something that does not come natural.

Applying for an MFT wasn’t a risk for me, because it wasn’t what I really wanted; it was a back-up plan. I’ve been too afraid to go after what I want. Reshma Saujani explains my experience, and the experience of many other girls in her Ted Talk, “Teach Girls Bravery, Not Perfection.” She says, “we're raising our girls to be perfect, and we're raising our boys to be brave.” She explains, “most girls are taught to avoid risk and failure; they're taught to smile pretty, play it safe, get all A's.” Boys are taught to play rough, and do daring things, so that, “By the time they're adults... they're habituated to take risk after risk.” Boys are taught to be fearless, while girls are taught to be afraid of not being perfect.

Saujani cites a study that says men will apply for a job if they only have 60% of the qualifications. Women will only apply for a job if they meet 100% of the qualifications. In a study done in the 1980s by Carol Dweck, she looked at how bright fifth graders handled an assignment that was too difficult for them. The girls outperformed the boys in all subjects, including math and science. But when faced with a difficult assignment, the bright girls would give up quickly. The higher the IQ, the quicker they would give up. Bright boys would redouble their efforts and try harder. Saujani’s conclusion is that girls feel like they have to be perfect, and there’s no room for error. Boys are better equipped to accept failure and setbacks. Though most people attribute this quality to confidence, Saujani says it’s bravery that makes the difference. Bravery requires perseverance and imperfection. Though her talk is directed toward women, I think it applies to anyone who is afraid of failure.

Though failure is possibly my greatest fear, I know it's not everyone's. There are a lot more things to be afraid of. Most of us probably know what holds us back, but we don’t know how to overcome that to move forward. We don’t know how to be brave and courageous. Carolyn Gregoire wrote about how we can be more courageous, but it’s not an easy task. She says that research on courage shows, “it’s not just about facing fear, but also about coping with risk and uncertainty.” 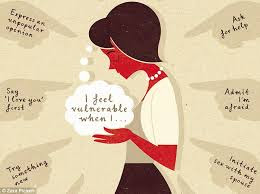 Gregoire says, “the belief in our own unworthiness drives us to live fear-based lives.” Because we are afraid of truly exposing ourselves, we avoid being vulnerable. Vulnerability is what allows us to be courageous. Brene Brown says, “to conquer our fear we must “dare greatly,” or go out there in the arena and expose ourselves to failure and criticism.” Brown wants us to figure out how we protect ourselves from being vulnerable – is it perfectionism, intellectualizing, cynicism, numbing, control? To be vulnerable and exposed, you have to get rid of whatever you use to protect yourself. In other words, let your guard down.

Another important step to gaining more courage, according to Gregoire, is to acknowledge your fears. You can’t overcome a fear that you’re denying you have. She says, “Research has found that acting courageously requires an understanding of one’s own anxieties and limitations… and then choosing to work through them.” Even more scary than admitting your fear is to continually expose yourself to it, which is one of the most effective ways to get rid of it. In order to overcome a fear, you have to force yourself to repeatedly face what you’re afraid of, which alone is an act of courage.

The biggest inspiration for this post came from someone, who to me, chose to be vulnerable and brave in a very unexpected way. I got an unexpected apology this weekend for things that had happened long ago, and also things that happened not too long ago. It was so out of the blue, but very relieving once I heard it spoken with complete sincerity. It taught me something, and helped me let go of some things. The most striking aspect about the apology was that I knew it took a lot of courage to give it, which is why it meant even more to me. It reminds me of what Aristotle wrote, “Courage is the first of human virtues because it makes all others possible.”


The article “The Difference Between Courage and Bravery” describes, “… courage is a result of a deep understanding of the matter. A courageous person truly understands what he’s getting in to and whom or what he’s doing it for.” Most often when we think of courage and bravery, we think of heroism. But there is the less grandiose courage of sticking to your morals, standing up for what you believe in, and even making small changes within yourself that are necessary for growing. There is the courage of letting go – letting go of anger, resentment, unhealthy relationships, anything that is hurting yourself or others. The courage of being the bigger person. The courage of doing something out of your character in order to benefit someone else. The courage of starting something new, or walking away. It starts with vulnerability and acknowledging your fears, and then making the choice to take a risk.

Sources:
The Six Attributes of Courage
The Science of Conquering Your Fears
The Difference Between Courage and Bravery
Teach Girls Bravery, not Perfection
Posted by J. Iliana Serna
Email ThisBlogThis!Share to TwitterShare to FacebookShare to Pinterest