Give Him a Shot? Or Not?

“The meeting of two personalities is like the contact of two chemical substances: if there is any reaction, both are transformed.”
― Carl Gustav Jung

Valentine’s Day is just around what the corner, and if you’re single, there’s a good chance dating is on your mind. I know it’s definitely been on mine. However, despite my desire to date, I would like to address a problem that has happened for years in my dating life.

I can recall dating this one very needy guy for a month. He was very nice, but I stopped being interested. When I told him I didn’t want to continue going out with him, he lamented that I hadn’t even given him a chance. 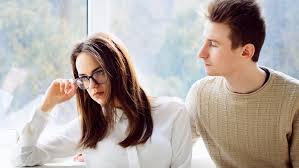 Not only have I heard this from guys I’ve gone out with, but also friends. I’d tell a friend about a nice guy I wasn’t too interested in, and they’d said, “Give him a chance.”

I believe there are times when you should earnestly give someone a chance, and when you really shouldn’t. Or more accurately, acknowledge that you did and he didn’t pass the cut.

Giving someone a chance has a lot to do with your own head space and heart. What is holding you back from going out with someone? Are you not ready? Afraid of leaving your comfort zone? Afraid of getting hurt? If any of those answers is yes, which means you are your own barrier to not giving someone else a chance, then I say go for it. Stop getting in your own way.

But here’s what a combination of science and my own experience have taught me about who to date. This will all mostly be from the female perspective, because I don’t know what determines when a guy chooses to go out with someone or not. I do know that women are far more picky. Just look to online dating to verify this. Men swipe right in large quantities, while women are more selective.

So, if you’re a woman wondering whether to go out with someone, or continue going out with them, or you're a man who isn’t accepting rejection, then I’m here to illuminate the facts.

Fact #1 It takes 3 seconds to determine if you’re attracted to someone.

A study conducted by researchers from UPenn looked at 10,000 speed daters from cities all over the country. The speed daters had three minutes with their partners and saw up to 25 different people. It only took participants 3 seconds to determine if they were attracted or not.

If this seems incredibly fast, think about how quickly people swipe right or left while online dating. Our eyes are incredibly adept at picking up on appealing physical appearances.

However, physical attraction isn’t everything, and all the senses have a part to play in who we choose to date.

Fact #2 It takes 15 seconds for women to subconsciously determine if they want to date someone. 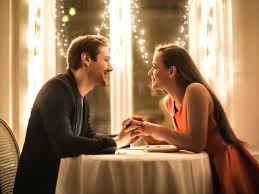 Our body and brain are at work very quickly when we meet someone who could be a potential love interest. Aside from what our eyes are seeing, the way someone smells is also a huge indicator for our attraction.

In the Science of Attraction, biologist Dawn Maslar says, “Men are attracted to copulins, a pheromone that a woman produces during ovulation, which means men are most attracted to women during peak fertility.” Women, however, can smell MHC in men, “proteins emitted into the air that indicate a person's immune system.” Women are more attracted to men with opposite or complementary immune systems as them.

Does this all sound very romantic yet?

Fact #3 It takes a woman 3 minutes to determine if she likes someone or not.

We’ve moved from seconds to minutes. It just got real.

According to a study covered by the Daily Mail Reporter, “The average female spends this time sizing up looks, physique and dress-sense as well as taking in scent, accent and eloquence of a potential suitor.” We also quickly judge how our potential date interacts with our friends, and whether he is successful or ambitious. We quickly dismiss men who are “too cocky” or “too needy,” as well as if he isn’t nice to others, doesn’t make enough money, and has nothing in common with us.

We also think that 3 minutes is enough time to determine if someone is Mr. Right or Mr. Wrong, and rarely change our mind after the initial reaction. Sound crazy fast to determine so much so soon? I don’t. But then again, I am a woman.

As a woman, I can attest doing all of these things whenever I meet a new potential guy. I can distinctly remember a college experience while I was working in the office. An attractive guy walked in and we instantly made the kind of eye contact where you know you both find each other attractive. He was more on the buff side, fair skinned, and dirty blonde. Not particularly tall, but had a gorgeous face.

He walked up to me with a confident swagger that I was also attracted to. I waited expectantly for him to speak to me. As soon as I heard the arrogant words that came out of his mouth, I lost all interest. He spent a few minutes bragging about himself, and then I was suddenly very happy I was about to go on my lunch break so that I could get away from him. I still remember the confusion on his face when I quickly escaped. “Too cocky,” I deemed him.

Fact #4 It takes 11-35 minutes to properly judge a potential partner when meeting for the first time.

Now, let’s say you make it past those first crucial seconds, and then even past the 3 minute mark. You’re really onto something now. Then comes the next big hurdle. How well can you talk and interact?

In my years of dating, which included both online experiences and people I met organically, I almost always knew if I wanted a second date in about this time frame or less. Sometimes I wish there really was an escape button so that neither of us had to waste the hour or so we had left with each other.

What determined my judgement so quickly? There’s always a number of things. The way he smiles, what he talks about, whether he seems genuinely interested in getting to know me, the differences in our backgrounds and opinions, and if he passes the deal breakers.

None of this takes very long to figure out. It’s not like I’ve made a lifelong decision, but at the least I’ve determined if I want to spend any more time with him.

Fact #5 The first kiss is a deal breaker. 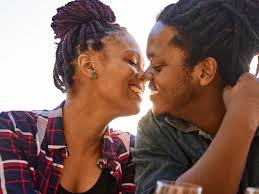 In Masler’s Ted Talk, “The Science of Attraction,” the first kiss is described as, “a rich and complex exchange of tactile and chemical cues, such as the smell of one’s breath and the taste of their mouth.” The first kiss is so critical that “a majority of men and women have reported losing their attraction to someone after a bad first kiss.”

I remember once being very attracted to a charming guy who flirted with me at the comic store I met him at. We exchanged numbers and eventually went on a date exploring the downtown part of my city. I thought he was very cute and we shared a lot of the same interests. He even took me to the bookstore he had been to earlier that day, and I’m a sucker for guys who like to read.

After what seemed like a mostly good date, we kissed, and it was one of the worst kisses I’d ever had. It wasn’t his technique or anything like that. I hated the way he tasted. After he dropped me off, I told him I wouldn’t go out with him again. All attraction had in fact been lost.

Fact #6 It takes an average of 6 months to find out if we’re dating someone who is marriage material.

Woah, don’t get whiplash now. We just sped up very far into this time dating game. We passed figuring out attraction, interest level, and determined we want to continue dating someone. Now onto the big leagues.

Researchers asked 2,000 married couples and singles about how long it takes to know if you want to marry your partner. The singles said they’d need at least 7 months, but the married couples believed 6 months was enough. Since the “honeymoon” phase usually starts to wear off after 3 months, science does suggest that 6 months is long enough to know if we’re really in love. At this point, we “decide if those faults and quirks are deal breakers or things we can live with.” Data also “suggests that it only takes three bad impressions for someone to realize it’s time to end a relationship.”

While I was still dating my recent ex, I ended our relationship 6 months after becoming official. It was at this point I was sure without doubt that I would never love him. However, I got back with him after he fought very hard for me. Why?

Fact #7 We too often don’t trust our instincts.

Even though many women believe they are right about their instincts, they still gave men the opportunity to prove them wrong. I know I’ve done it a million times. I meet a guy, and maybe I’m not too thrilled about him at the beginning, but I always tell myself that maybe he’ll change my mind. I can honestly say that has rarely happened.

According to the Daily Mail Reporter, 88% of women say their instincts were right and they should’ve trusted them.

I don't think I have ever regretted trusting my instincts, but I have definitely regretted ignoring them.

There is so much that goes into who we choose to date and who we choose to give a chance to. Maybe 12% of the time you were wrong and you should’ve given that one nice guy that you weren’t really into a chance. But, science is in your favor. If you didn’t feel sparks or didn’t think it would work out, then stick to that. Even though we make snap judgements, that is often because we are good at making them.

Whenever I go out with someone, I know within two dates if he’s someone I can ever love. Sometimes, I even know from the first one. It doesn’t mean I believe in love at first sight, but I believe that we know when we know and we know when we don’t. That’s why we hear stories of couples who “just knew” their partner was the one.

Out of everyone I’ve gone out with, there have only been a handful of guys I’ve been excited about, and having that kind of chemistry is important, just like having things in common is. Trust yourself. Your brain and your body know more than you think.

Sources:
The Science of Attraction Proves It's Really All About the Chemistry
How Long Does it Take for You to Decide Someone Is Attractive?
The Science of Attraction
Basic Instinct: Women Take 3 Minutes to Make up Their Mind About Mr Right
Here's How Long Scientists Say It Takes to Decide You Want to Marry Someone
This Is How Long For Your Date to Decide If They Like You
Posted by J. Iliana Serna
Email ThisBlogThis!Share to TwitterShare to FacebookShare to Pinterest